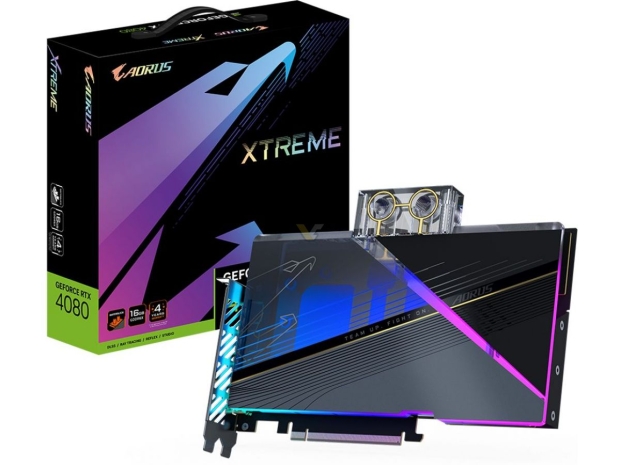 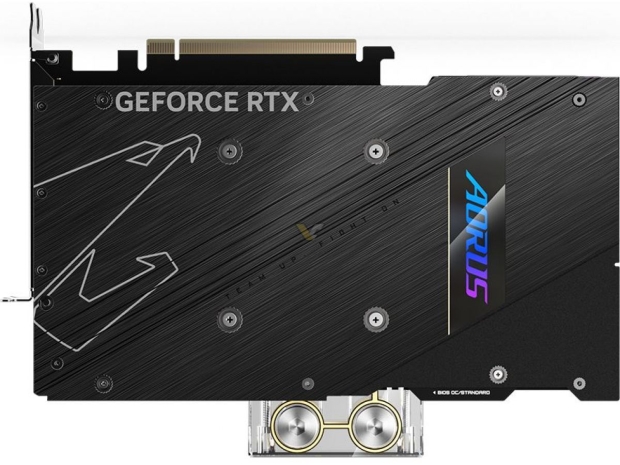 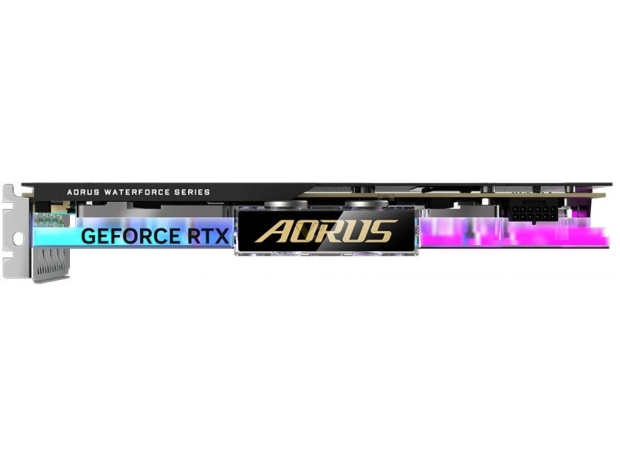 The company has sunk-designed copper micro fins that shorten the heat conduction path from the GPU, so that heat can be transferred into the water channel area quickly. GIGABYTE is using its patented "Leak Detection" technology here, which in reality is a built-in detection circuit that covers the entire fitting and water block and will alert users by flashing lights if there is any leak. This means you can jump to it, fixing the leak and stopping further damage from occurring to your system. 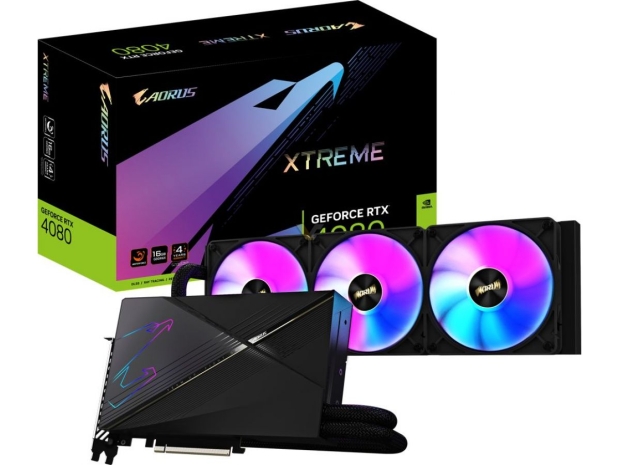 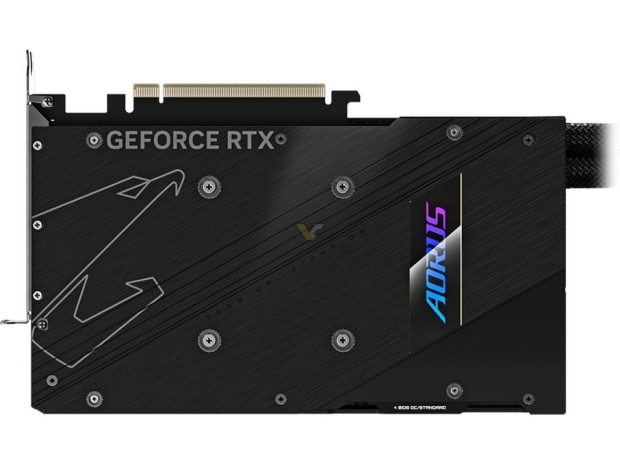 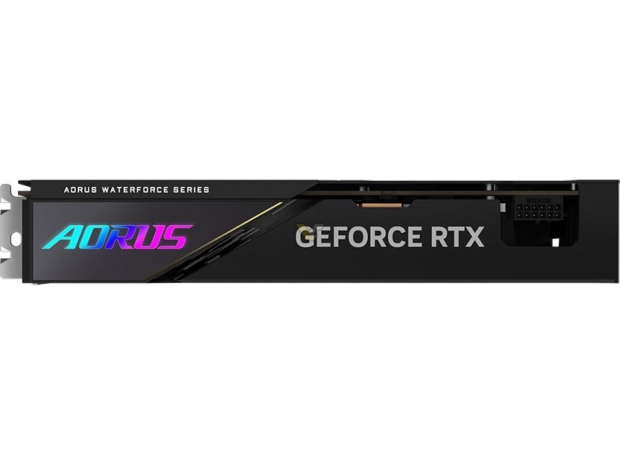 Next up, we've got the proper dual-slot AORUS GeForce RTX 4080 XTREME WATERFORCE graphics card, which is for gamers who don't have a custom open-loop liquid cooling system. GIGABYTE is using a larger 360mm AIO cooler that packs 3 x 120mm double ball bearing fans that will ensure the AD104 GPU + 16GB GDDR6X and all other components are kept wicked cool.

GIGABYTE is using a copper plate that connects directly to the GPU + VRAM, joined with excellent water-cooled path design at the same time meaning that the liquid doesn't just pass through the GPU, but also MOSFETs and other critical components on the AORUS GeForce RTX 4080 XTREME WATERFORCE graphics card. 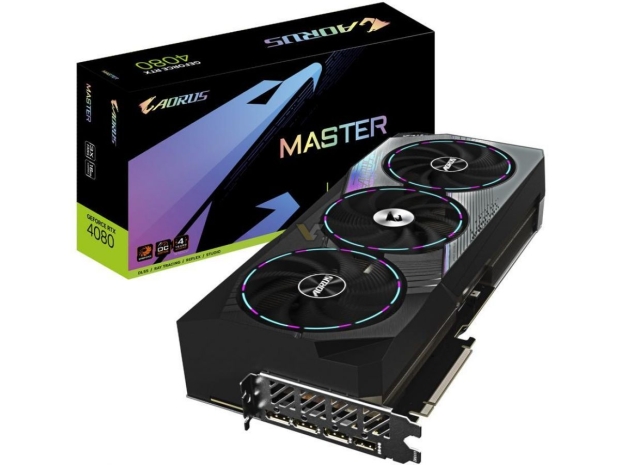 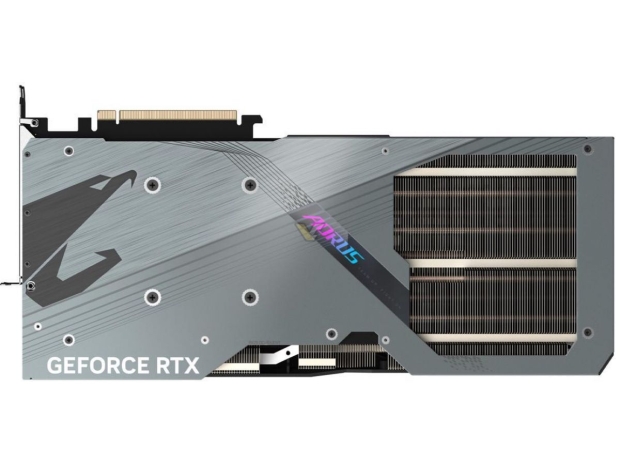 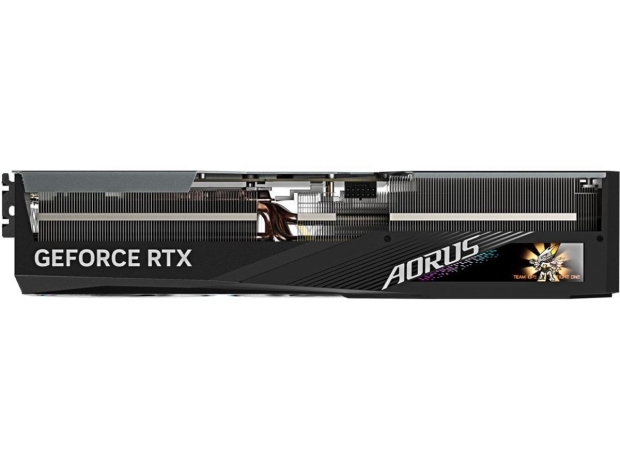 The AORUS GeForce RTX 4080 MASTER can be completely personalized with text, images, or even GIFs... but more so (and what I'd be doing with it) is for displaying stats like GPU temps, fan speeds, power consumption, and more. 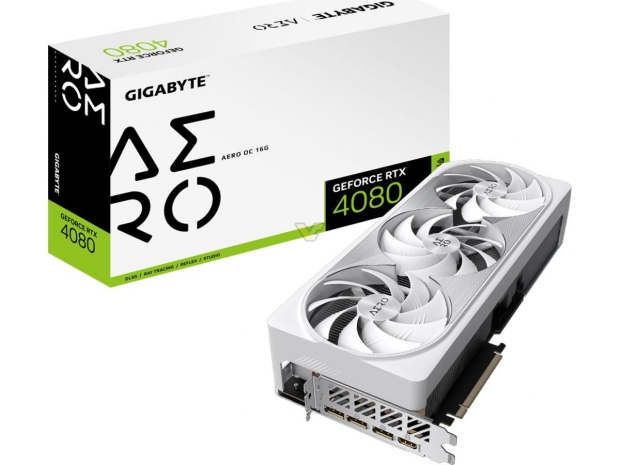 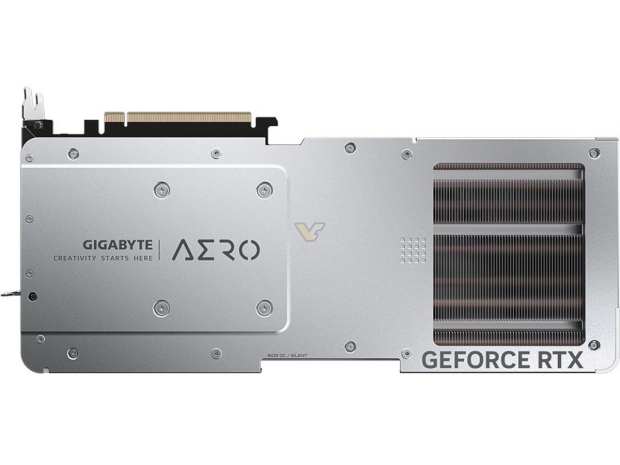 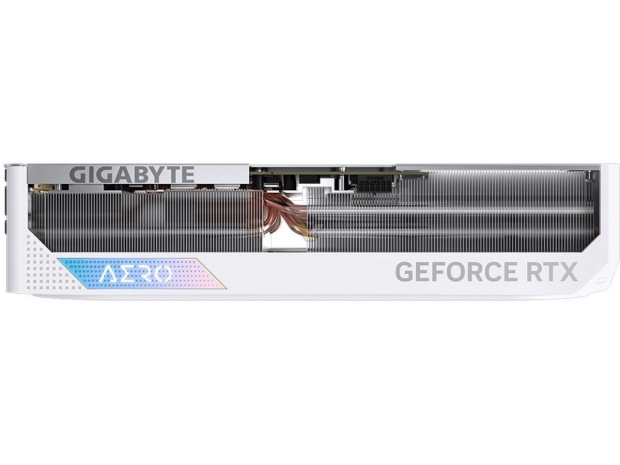 After that, there's the GIGABYTE GeForce RTX 4080 AERO graphics card, which rocks an interesting (and very chunky) design. 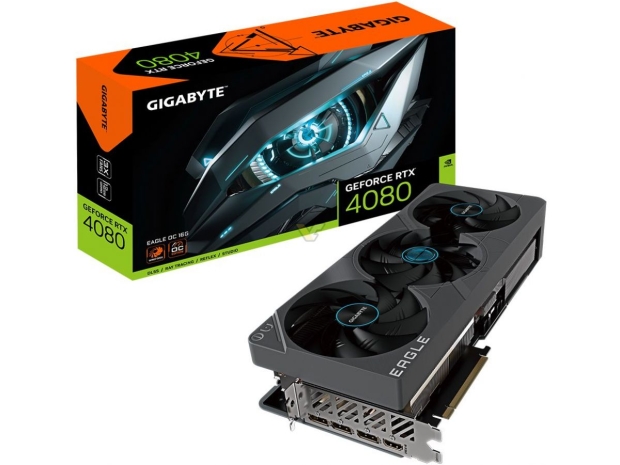 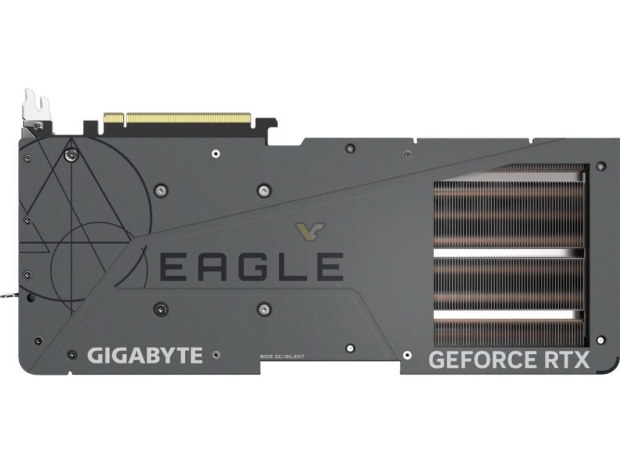 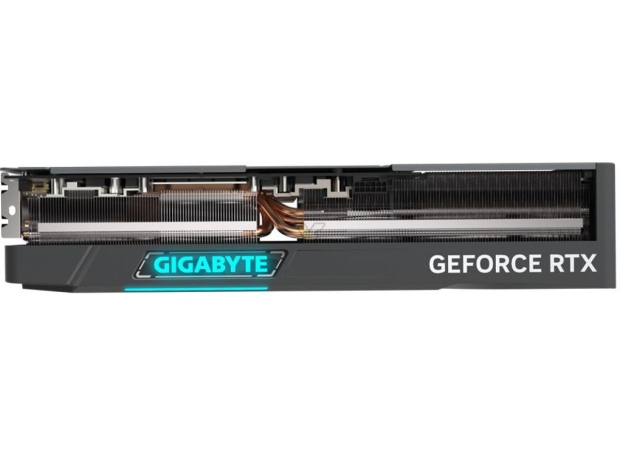 Above, we've got the GIGABYTE GeForce RTX 4080 EAGLE, which will be a cheaper offering but still packing the RTX 4080 16GB punch. 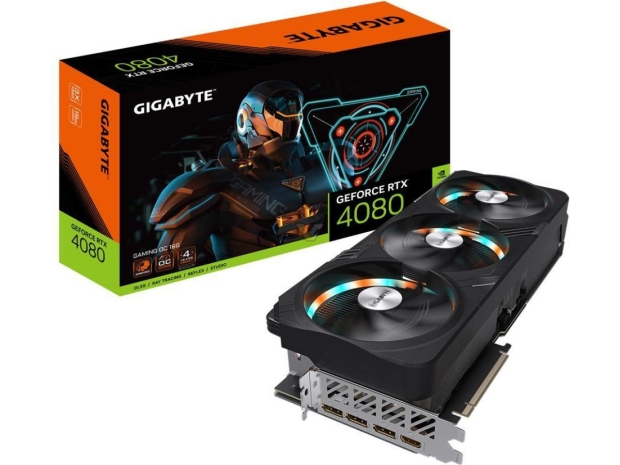 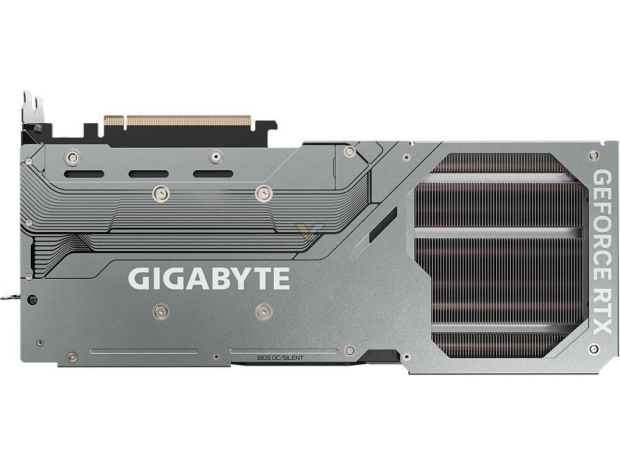 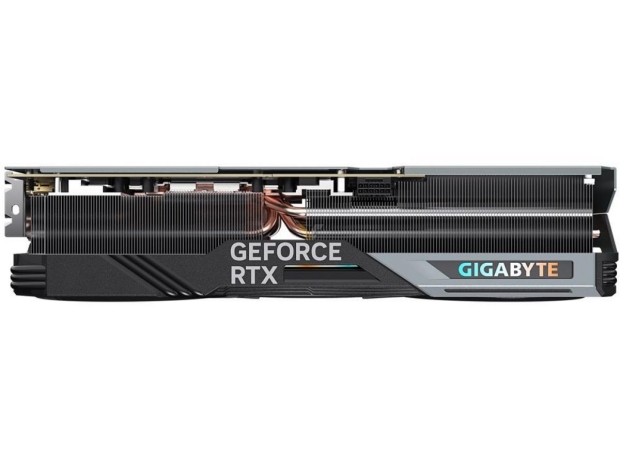 Aaaand finally, the GIGABYTE GeForce RTX 4080 GAMING at the lowest end of the stack. All of these GeForce RTX 4080 graphics cards feature the same GPU, 16GB GDDR6X memory, and will launch starting November 16.