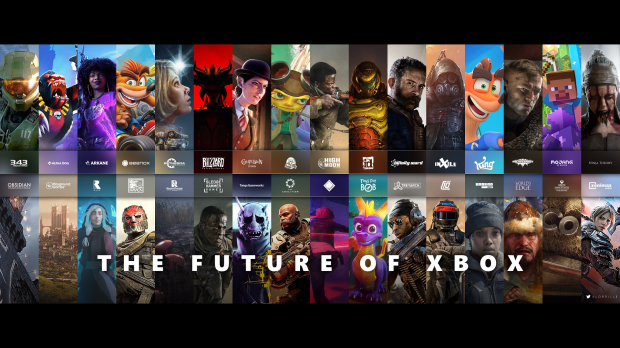 Both Xbox and PlayStation make most of their money from third-party games (Call of Duty is the best-selling franchise on both platforms, for instance), but Sony has typically released more first-party titles than Microsoft. Team Green usually has a lot of projects in early development or incubation due to the sheer size of its teams, including a wealth of new interesting games like a new Perfect Dark title, a new Indiana Jones project from MachineGames, or The Elder Scrolls VI from Bethesda.

As a result, the first-party lineup for 2022 has been quite sparse. It seems like a lot of the most interesting Xbox experiences are always on the horizon. This has lead to lots of complaints from Xbox gamers that Phil Spencer and Xbox Game Studios execs have heard loud and clear.

In a recent interview with the Same Brain YouTube channel, Phil Spencer admits the first-party Xbox lineup has been severely lacking this year, but 2023 should be better. Starfield and Redfall are "tracking well" for launches next year.

"One thing we've heard loud and clear is that it's been a long time since we shipped a first-party game. We have our excuses on COVID and other things, but in the end I know people invest in our platform and they want to have great games," Spencer said.

"We're excited about 2023, and we've talked about games that are coming. Those games are tracking well, we're kind of out of what COVID did to production schedule. We have fewer games this holiday than we've had in a while.

"When you just think about the launches you mentioned Call of Duty's coming, God of War's coming, which is great, Nintendo's had a good year, but I'd say in general we've been a little light. But I look at 2023 and there's a great lineup of games coming that I'm excited about, getting our first real Xbox first party games out of Bethesda, having them ship Redfall and Starfield, those will be a lot of fun."

Meanwhile services like Xbox Game Pass can help make up for the lack of first-party games with sustainable and profitable earnings, but it's absolutely imperative that Microsoft continue to create first-party games that align with its business expansion framework of live service or long-winded titles that organically tie into Game Pass, as well as big system-selling titles that convince users to not only buy hardware, but invest money into the software ecosystem.