Nintendo has Mario, Microsoft has Halo, and Sony has...Call of Duty. 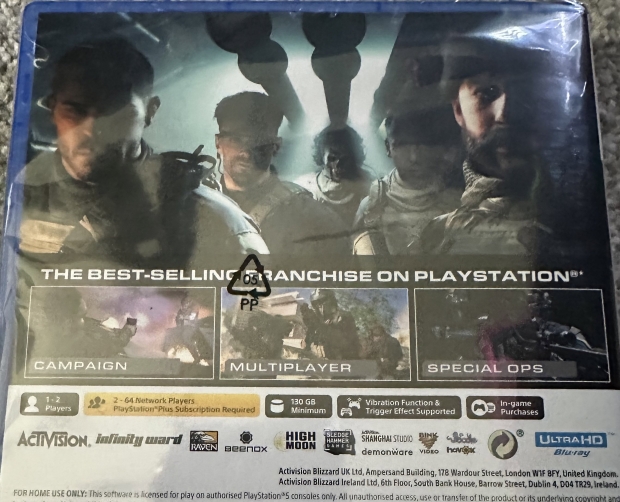 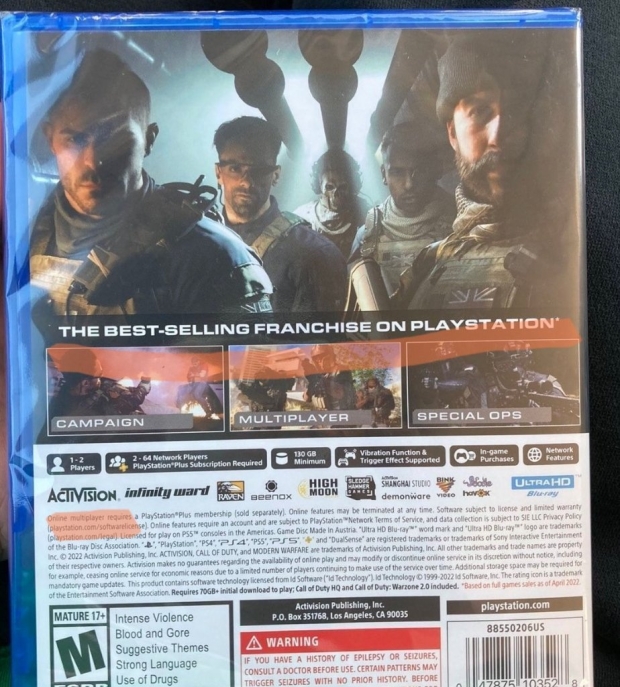 Sony has made an interesting claim that all worldwide regulators will want to pay attention to. Call of Duty is the "best-selling franchise on PlayStation," Sony has loudly proclaimed on the back of every retail boxed copy of Modern Warfare 2.

The data is based on full game sales as of April 2022, Sony notes, which coincides with a period where Call of Duty sold 25 million copies in one year.

So why is this important? Well, for one, Call of Duty is important to Sony and any post Microsoft-Activision merger disruption of the franchise's availability, whether it be full-on game exclusivity or content, could impact Sony. Brazilian regulators at CADE have already assessed this based on internal figures and say that while Sony will be negatively impacted, that they won't be forced out of business.

It's also worth noting that Call of Duty hit record earnings on the PlayStation due to the system's significantly larger install base, which has given Sony much more leverage to secure multi-year licensing and exclusivity agreements with Activision (agreements, it should be noted, that Activision was all-too-willing to sign).

The mutualistic partnership has helped accelerate Sony's earnings to their highest point ever in FY2020, and also helped Activision generate a record-breaking $3 billion from Call of Duty in 2020.

Call of Duty being the best-selling franchise on PlayStation isn't necessarily surprising, but it could give regulators important context regarding the Microsoft-Activision merger. The fact that Call of Duty has sold more copies than Sony's own first-party franchise is also kind of perplexing on the surface level, but a closer look at Sony's actual first-party PlayStation game sales reveals that the company typically doesn't sell all that many first-party titles. This is to be expected given the massive amount of third-party games compared to the number of first-party titles, but it's still interesting to think that Call of Duty is the best-selling franchise on PlayStation. 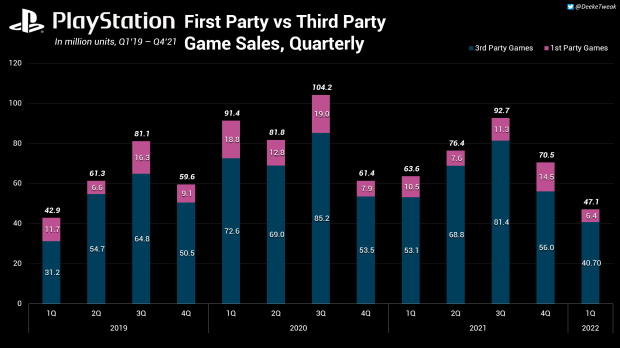