Konami has revealed the official Silent Hill 2 remake from Bloober Team, and it's coming exclusively to PlayStation 5. 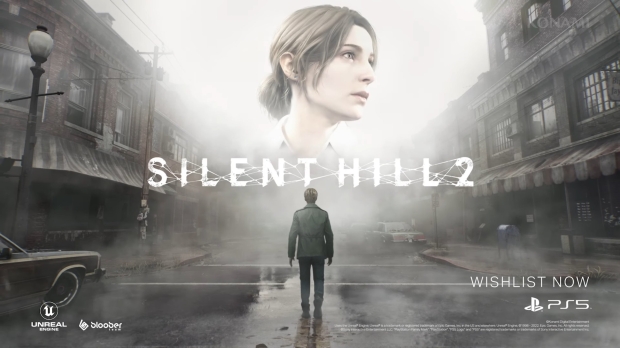 Today Konami finally revealed more info on its plans for Silent Hill, a long-dormant franchise. The first project is a remake of Silent Hill 2 from Layers of Fear developer Bloober Team that will only be releasing on PlayStation 5.

Bloober Team says it is working closely with the original creators of Silent Hill including Masahiro Ito and Akira Yamaoka.

"We are creating a synergy where new modernized mechanics and features actually support the original spirit of Silent Hill 2. Combining the old with the new is no easy task, but we believe we're on the right track."

"To put it simply, it is our goal to recreate everything that made Silent Hill 2 a timeless classic but to give it a new form which will draw players even deeper into the foggy streets of Silent Hill."

"Silent Hill 2 is a cult classic and it is widely recognized as one of the best games ever made.

"For many Bloober Team members, Silent Hill is the title which made them fall in love with horror games. This is why we approach our work with a great respect to the original game. To ensure we keep the original Silent Hill atmosphere intact, we are working with the original creators."

No release date or further information has been announced, but we do know that Sony is directly involved with the game's production.