A group of researchers has released a new map that brings science closer to an accurate estimation of the true size and age of the universe. 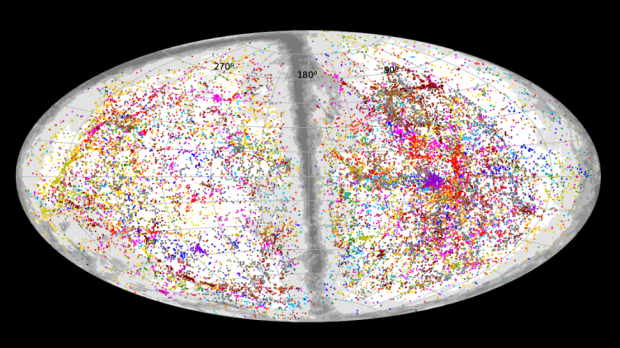 The new research was published in The Astrophysical Journal on October 23 and details a new map called Cosmicflows-4. The scientists behind the study explain the map was created with very little margin of error and that they took into account not only their own data they acquired but also data from various other studies that looked into acquiring an accurate age of the universe, its expansion rate, and the date of the Big Bang. To find out any of the aforementioned figures, researchers measured the distance between 56,000 galaxies, along with their velocities as they move farther away.

With this data, the researchers measured the distances between each of the galaxies and their velocities to construct the Cosmicflows-4 map, allowing for an unprecedented level of accuracy to be achieved on the expansion rate of the universe and its age. The team's study gives a value of H0=75 kilometers per second per megaparsec or Mpc (1 megaparsec = 3.26 million light years), with a very small statistical uncertainty of just 1.5%.

"By combining our more accurate and abundant tools, we are able to measure distances of galaxies, and the related expansion rate of the universe and the time since the universe was born with a precision of a few percent," said co-author of the research and astronomer R. Brent Tully from the University of Hawaii Institute of Astronomy.