Take-Two Interactive CEO Strauss Zelnick comments on the possibility of the Grand Theft Auto publisher being acquired by another company. 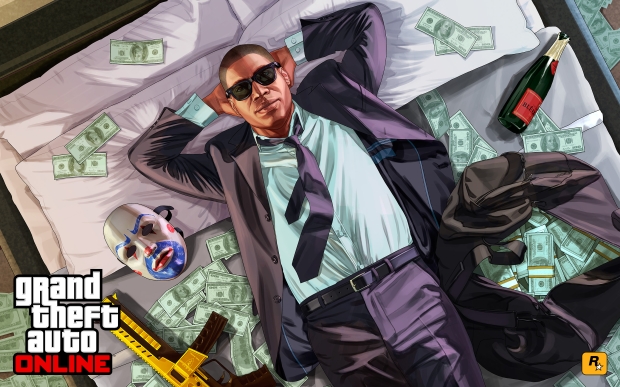 Consolidation is running rampant in the $198 billion gaming sector. Microsoft wants to buy out Activision-Blizzard shares for nearly $70 billion, and Take-Two themselves just acquired Zynga in a huge $12.7 billion deal. There's reports Tencent is on the hunt for majority stakes, too. High-stakes Western games publishers are in the potential crosshair, including EA and GTA giant Take-Two Interactive.

Interestingly enough, Take-Two's CEO Strauss Zelnick gives a rather level-headed answer on a possible buyout. "Not really [I don't worry about being acquired.] We're a public company and all public companies are potentially available and if someone shows up with up with a meaningful cash offer at a meaningful premium, every public company has to engage," Zelnick said in a recent interview with TheWrap.

"We like being independent. We've created an enormous amount of value as an independent company, we're not at a scale where we are a major in this business (there aren't many of them). Depending on what happens, we're either the #2 or #3 developer & publisher worldwide.

"That's a pretty good position to be in."

TheWrap CEO Sharon Waxman, interviewer: "You could argue that also makes you a target because you fill a need for another large company."

Zelnick responds by saying it makes sense for Take-Two to stay as it is because a big company, possibly the likes of Tencent, could disrupt the critical creative process that Take-Two's business.

"I think another good reason for us to be independent, and creative companies that are creative but independent tend to do better at scale than divisions at big massive companies--We've seen that over and over again. That's why there are conglomerate discounts.

"There was a period many years ago, decades ago, when conglomerates got a big premium because there was a perception that they would do a great job running all these disparate businesses and generate a lot of value.

"But in the last 20 years, generally speaking, big conglomerates have taken a discount over the sum of the parts.

"And so we think it makes sense for us to be independent, however we're not entirely in charge of that part of our investing. What we're in charge of is making hits, or not, running a great business, or not, having a great culture, or not. We aim to do all of those things well."