All NewsBusiness, Financial & LegalCases, Cooling & PSUContests & GiveawaysCPU, APU & ChipsetsDealsDisplays & ProjectorsGamingMotherboardsScience, Space & RoboticsStorageVideo CardsVirtual & Augmented Reality
All ReviewsAll ArticlesAudio, Sound & SpeakersCases, Cooling & PSUCPUs, Chipsets & SoCsComputer SystemsDisplays & ProjectorsGamingMotherboardsNetworkingPeripheralsRAMStorageVideo Cards
GuidesGamingAsk the ExpertsNewsletterAboutForums
RTX 3090 TiRTX 4090Diablo 2GTA 6Halo InfiniteElon MuskRTX 3080HDMI 2.1
Video Cards
Nvidia's upcoming GeForce 9600GT graphics card is not due to be released for at least a few weeks but that has not stopped the folks over at CHIPHELL in China having fun with pre-release samples that they managed to get their hands on. 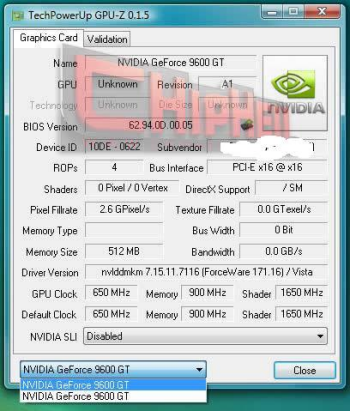 They have just turned things up a notch and tested not just one but two of the upcoming GPU's in SLI dual graphics mode. For comparison purposes, they compare single and dual mode performance to a single GeForce 8800 Ultra in the 3DMark series.

Considering the price of the Ultra and what the mid-range 9600GT will probably be, it looks as if Nvidia already have a winner on their hands. Keep in mind the 9600GT is still at least a few weeks away and that will give the driver people at Nvidia even more chance to find tune the driver and suck even more performance out of the card. 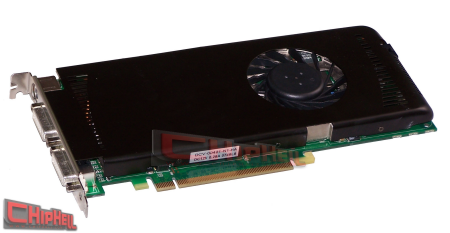 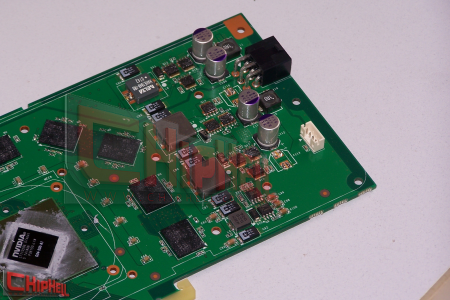 Since you need to register over at the CHIPHELL forum, we've posted the important pictures above.