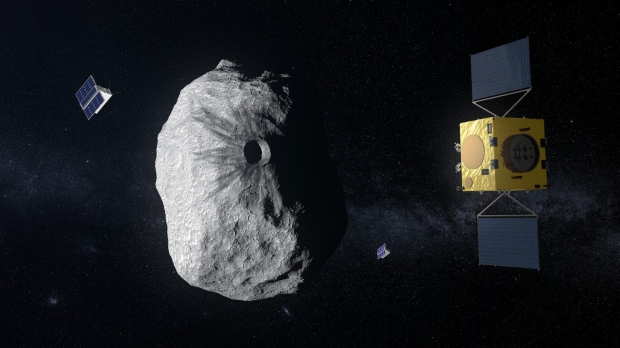 NASA's DART spacecraft successfully collided with the asteroid Dimorphos of the binary asteroid system. Dimorphos is a moonlet that orbits its larger companion asteroid Didymos. NASA's plan was to demonstrate that a human-made spacecraft is capable of altering the orbit of the smaller asteroid Dimorphos by colliding a high-speed spacecraft into its surface. The test was a success in terms of collision, and now dozens of telescopes are pointed at Dimorphos to measure the impact and to see if the asteroid's orbit was changed.

Famous telescopes such as the James Webb Space Telescope (JWST) and the Hubble Space Telescope have been used to observe just before the impact and the following minutes/hours after. Despite the multiple telescopes pointed at the Didymos-Dimorphos system, scientists argue that the study on DART's impact can't be completed without a close-up inspection that would provide accurate data.

"[Dimorphos] is a very low-gravity environment because it's very small. Because the gravity is so small, the crater can take hours to form, so we need another spacecraft detective that comes on the site and gives us the final outcome details," said Patrick Michel, Hera principal investigator at Cote d'Azur University in France during an ESA news conference.

The European Space Agency (ESA) will be conducting its Hera mission to gather that data, which will include the Hera spacecraft along with two companion cubesats being sent off to inspect the impact zone. On September 15, Michael Kueppers, Hera project scientist at ESA explained that the Hera spacecraft will be able to measure the mass of Dimorphos while also gathering data on its strength and porosity, which Kueppers said, would allow scientists to understand how DART's impact and the overall technique translates to other types of asteroids. 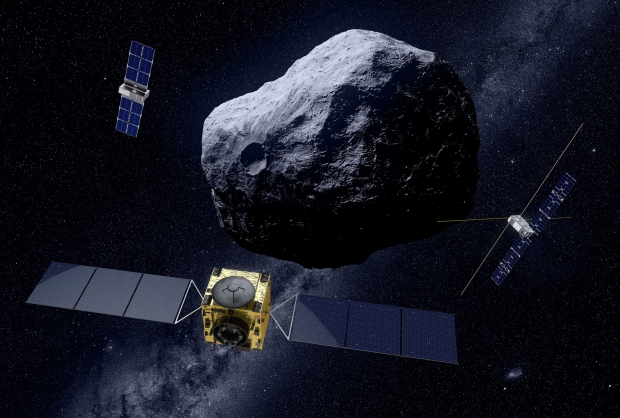 "It will be the first time that we will probe the internal properties and subsurface of an asteroid and chart [the characteristics] that influence the outcome of the impact. We also hope to touch down on the surface of the asteroid with at least one of the two cubesats, and that will allow us to learn a lot," said Michel.

The two smaller cubsats that will tag along for the ESA's mission are called Juventas and Milani. Juventas carry a low-frequency X-ray instrument that will be used to conduct an X-ray scan of both Didymos and Dimorphos. As for Milani, reports indicate that the small cubesat will be measure dust and scan the surface in near-infrared wavelengths.

The ESA's Hera mission is expected to arrive at the asteroid system in four years time.