Saudi Arabia is prepared to invest nearly $40 billion into gaming to make the country the "ultimate global hub for the games and esports sector" by the year 2030. 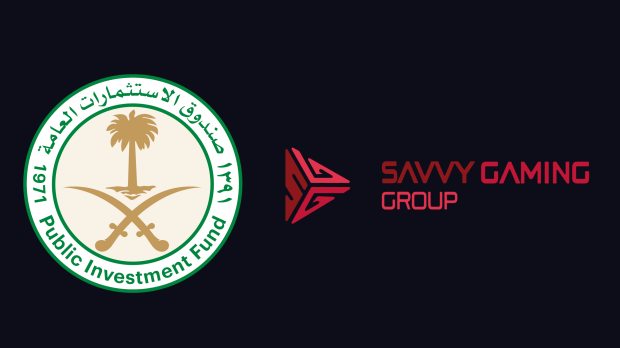 As announced by the Saudi Press Agency, Saudi Arabia is funding its new game-centric plan through its sovereign Public Investment Fund, and is prepared to invest a total of 142 billion riyals ($37.8 billion based on today's conversion rates) into multiple key points. The Saudi-owned Savvy Gaming Group will execute the strategy which includes strategic minority stakes in various game developers and publishers similar to Tencent's approach, as well as a buyout of a major games publisher.

The kingdom is prepared to spend up to 50 billion riyals ($13.3 billion) for the "acquisition and development of a leading game publisher to become a strategic development partner."

Savvy's investments will be based around four key pillars:

We've established some potential buyout targets based on market capitalization values, but note that actual acquisition procedures vary from country-to-country and there are complexities involved with stakes--for example, Tencent just acquired nearly 50% of the shares of Ubisoft's largest stakeholder. 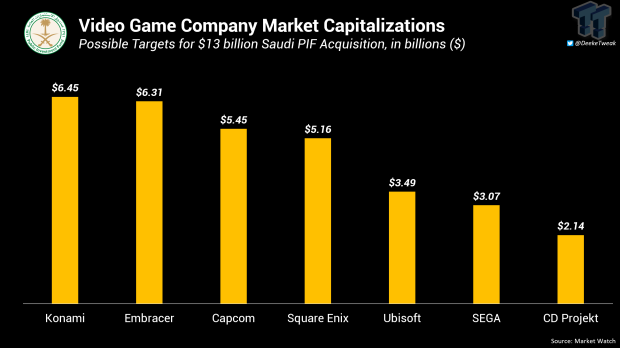 Possible targets based on market capitalization alone (e.g. those below $13 billion) include:

(Note; Conversions based on current euro, SEK, and JPY rates)

Through Savvy Gaming Group, Saudi's PIF aims to establish 250 game developers and companies through the kingdom.

As a part of Savvy's investment strategy, the group is set to invest SAR 142 billion across four programs each with specific objectives: