Travelers around the world are hitting back at some Airbnb hosts that are seemingly requesting guests complete a chore list before their stay is over. 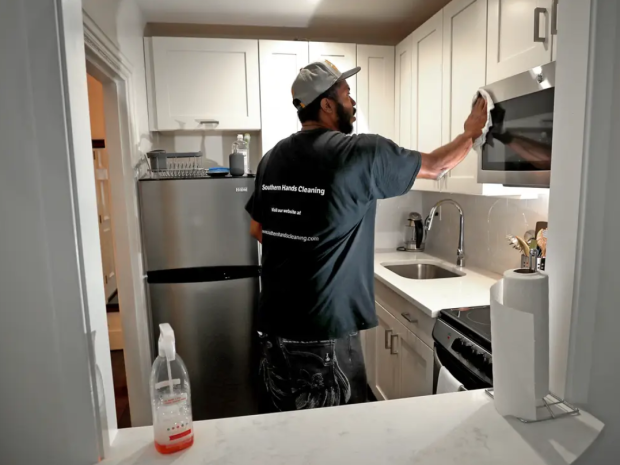 A new report from The Wall Street Journal has revealed that travelers are becoming increasingly frustrated at the extensive chore lists that are being forced upon guests, with some travelers reporting that hosts are even asking guests to mow the lawn before their stay is complete and pay the initial $125 cleaning fee.

In one now-viral video, TikTok user Melworeit said that she decided not to use Airbnb to book her stay because the host charged a $125 cleaning fee and requested that guests take out the garbage, remove bed liners, run the dishwasher, and do laundry. That post sparked more responses from Airbnb users that have had similar experiences. Adding to the mounting evidence of Airbnb hosts' chore lists, an individual took to Reddit to ask if it was "normal for a host to tell the guest to mow the lawn themselves?"

"Seems like a strange response given the premium being paid for staying here (to me, at least), but if that's standard then I'll roll with it. I just don't want to be penalized/charged/poorly reviewed for 'neglecting' the lawn if I don't do it," the user wrote.