Yesterday Bandai Namco announced Tekken 8 and promised a new era of fidelity and effects for the long-running fighting franchise. The game is being built from the ground up on Unreal Engine with a complete graphical and physics overhaul--the devs are going all out this time and have completely scrapped all Tekken 7 assets, models, and content.

In a recent interview with IGN, Bandai Namco's Katsuhiro Harada outlined some new details about Tekken 8's massive engine shake-up. Harada says that the team "started on UE4 and gradually started porting certain elements over into UE5," and that developers are working closely with Epic on iterating and pushing the engine to new levels. 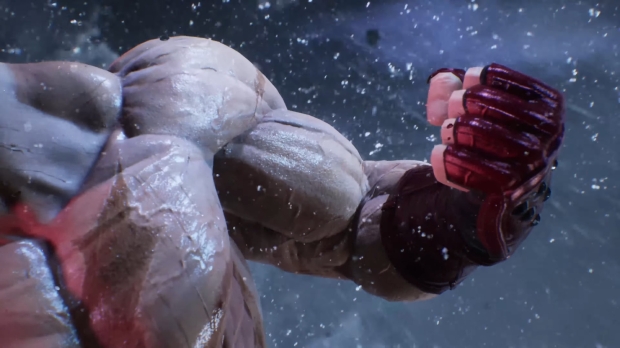 Moving to a new engine is risky, but Harada has a lot of seasoned veterans to help. Harada says that Tekken 8's dev team is making graphics completely from scratch.

"One reason we felt confident to just make the graphics from scratch is that we have so many veterans on the team. Most people have been on the series for 10 years or more - many even 20 years," he told IGN.

"And then other areas as well - the things that are important for a fighting game: the response time...those kind of things are stuff that we've been porting out into the game and then figuring out what to expect in that area as well. And we've been working closely with Epic to figure out how to optimize some of those processes for input."

One of the more interesting comments is how Harada views the PlayStation 5 and Xbox Series X/S.

The Tekken creator is impressed by both of the consoles, saying that it's "unfair" that the systems can deliver such performance at a lower cost compared to PCs.

"It's unfair that they're so capable," he said.

"I'm a huge PC gamer. I actually like to build my own PC. So for me, building a tricked out PC and having that graphical edge or performance edge to play a game is always something that I like to experience.

"So one of the things that's quite surprising was just how capable both consoles are for such a low price point compared to building a PC. So that's why I said it's unfair that the consoles are that good at that price point."

Tekken 8 is coming to PlayStation 5, Xbox Series X/S, and PC, but it may be a while before the game gets released based on the technical work involved.