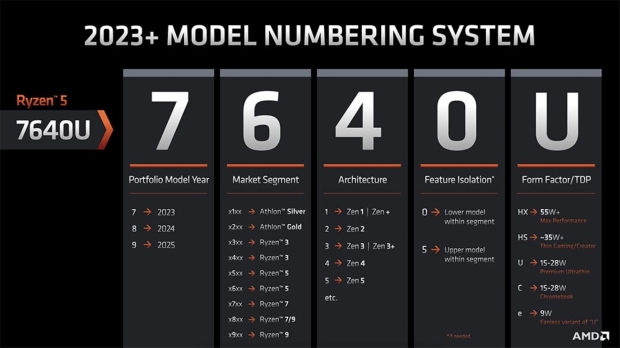 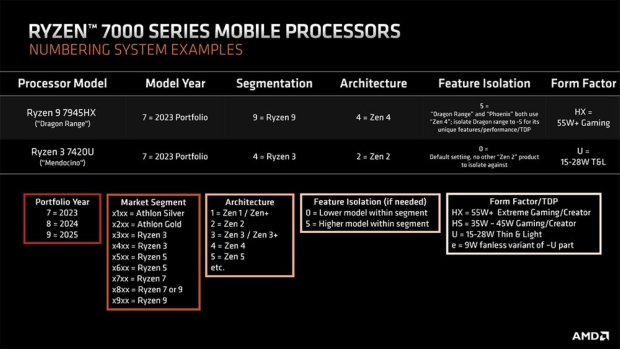 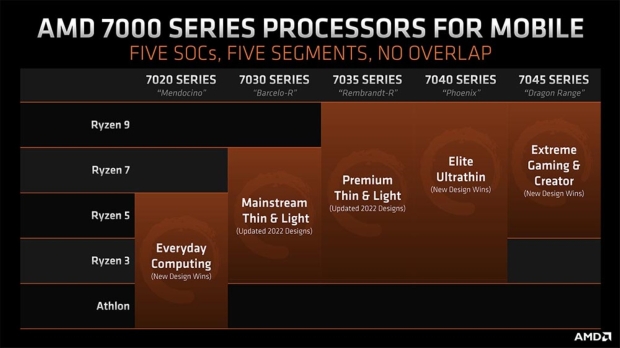 AMD has also confirmed it will be refreshing Rembrandt with the upcoming Ryzen 7035 series, which should be released later this year. After that, upcoming notebooks that use AMD "Phoenix" and "Dragon Range" APUs will be called the Ryzen 7040 and Ryzen 7045 series, respectively.

Now that we have AMD confirming product names for future CPU families -- for the first time, ever by the way -- the Ryzen 9 7945HX is now kinda confirmed. AMD's upcoming Ryzen 9 7945HX processor will be a 55W "Dragon Range" mobile APU that features the Zen 4 architecture in 2023. The new Dragon Range CPU series will be for extreme gaming and creators next year.