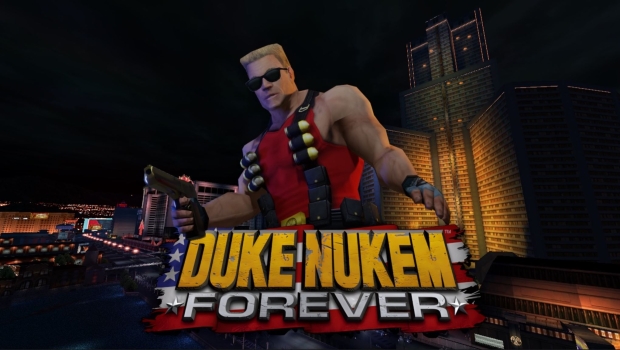 Back in 2001, 3D Realms started work on their own version of Duke Nukem Forever. The result was a chaotic mix of old-school FPS sentiments with the crude humor and flashy bombastic thrills the series is known for. 3D Realms didn't have an actual game, though--they had created a prototype demo build using Unreal Engine. The finalized game, released in 2011 from Gearbox, was markedly different.

Naturally fans want the original 2001 game, and while the source code for the old build has leaked, after a while they might just get it. With the Duke Nukem Forever 2001 Restoration Project, a team of modders and tech wizards are meticulously piecing together a playable version of DNF2001 and trying to create something that 3D Realms may have released way back when.

An interesting side note: Duke Nukem 3D composer Lee Jackson actually worked with the project and provided original tracks for the recent in-build trailer that were meant to release with DNF2001.

"The goal of the project is to restore DNF2001 to a state that someone would have expected to have played it in 2001.This means it will feel like a new game from 2001. We're taking liberties with this here and there, for instance adding in FOV sliders, widescreen and other quality of life fixes. This aside, we want to make the game feel like a long-lost version of Duke Nukem Forever from an alternate dimension where 3D Realms actually finished the game based on its' 2001 trailer."

The development team is made up of 100 or so volunteers and there's still a fair amount of work to do, but the overall combat systems are intact.

"The bulk of the unfinished content of the build is in its second half where it's missing enemies or story content altogether. Which will require us to fill in the gaps here and there."

The playable DNF2001 Restoration Project build will also include multiplayer.

Stay up to date with the project on YouTube or on the official ModDB page.