Voyager 1 has traveled further from Earth than any human-made object in history, reaching 23.3 billion kilometers (14.5 billion miles) away at the time of writing. It launched almost 45 years ago and has long since left the solar system, journeying into the interstellar medium, the space between star systems. As part of ongoing refurbishments for the ATA, the array's instruments were used to detect Voyager 1.

The ATA is the first radio telescope built from the ground up to be used for searching for intelligent life. It comprises 42 6.1-meter (20 feet) diameter telescopes, of which about 20 have wideband cryogenically cooled feeds, used to detect electromagnetic waves with frequencies between 1 to 12 gigahertz (GHz). These 20 antennae were used on July 9th, 2022, to receive the data being downlinked from Voyager 1, which transmits using ~8420.43 megahertz (MHz) waves.

Read more: Iconic Voyager spacecraft are powering down for good after 45 years

"Voyager 1 is currently the farthest human-made object from our home planet. Moreover, Voyager's signature is fairly similar to what we are trying to search for when performing radio SETI science. Therefore, it's just natural to try and observe and detect this particular space probe," Wael Farah, a radio scientist at the SETI Institute, told EarthSky.

The refurbishment program for the ATA has been underway since 2019, and according to Farah, the Voyager 1 detection is "an excellent display of the telescope's capabilities and strengths" and exemplifies how hard the ATA team has worked to upgrade the array.

"Detecting Voyager gives us confidence in our ability to find other artificial signals. One of the ways to do radio SETI is to search for narrowband transponders or beacons emanating from other worlds, exactly like the transponder Voyager has on board. Now, one can test their observing setup with simulated and fake data, but nothing is better than a real signal. If we are able to pick up Voyager's carrier with the ATA, we are boosting our confidence that we can blindly detect a similar artificial signal coming from somewhere within our galaxy," continued Farah.

You can read more from the SETI Institute's write-up about the detection here. 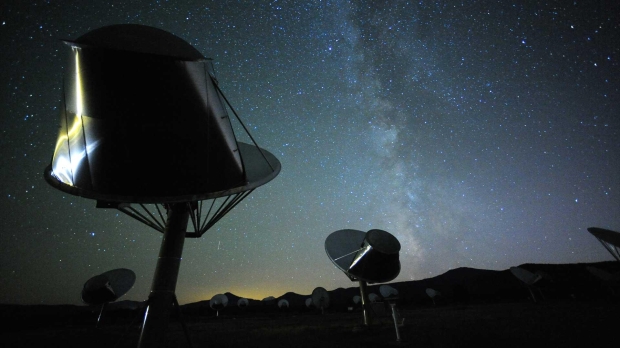