A study on the new water map titled "A Mars Orbital Catalog of Aqueous Alteration Signatures (MOCAAS)" has been published in the journal Icarus.

Different elements in volcanic rocks on Earth lead to varied clay formations on Earth, such as iron and magnesium leading, resulting in smectite and vermiculite, respectively. When volumes of water are larger, rocks can be altered more substantially, carrying away soluble material and leaving clays such as kaolin with high aluminum concentrations. 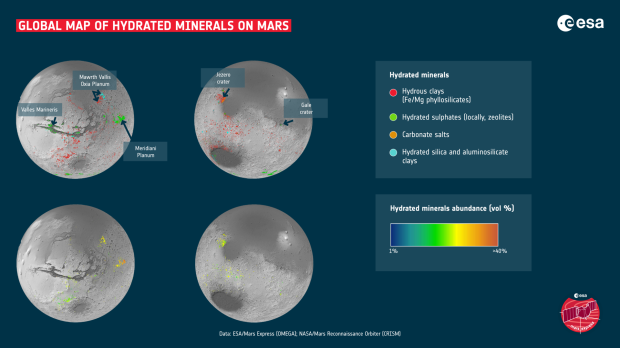 After a decade of work compiling the map, scientists now know the previously estimated number of these mineral outcrops of around a thousand is now closer to hundreds of thousands. They were once thought of as geological oddities, but the new revelation represents a paradigm shift in our understanding of Mars.

"This work has now established that when you are studying the ancient terrains in detail, not seeing these minerals is actually the oddity," said John Carter of the Institut d'Astrophysique Spatiale (IAS) and Laboratoire d'Astrophysique de Marseille (LAM), Universite Paris-Saclay and Aix Marseille Universite, France.

"The evolution from lots of water to no water is not as clear cut as we thought, the water didn't just stop overnight. We see a huge diversity of geological contexts, so that no one process or simple timeline can explain the evolution of the mineralogy of Mars. That's the first result of our study. The second is that if you exclude life processes on Earth, Mars exhibits a diversity of mineralogy in geological settings just as Earth does," said John. 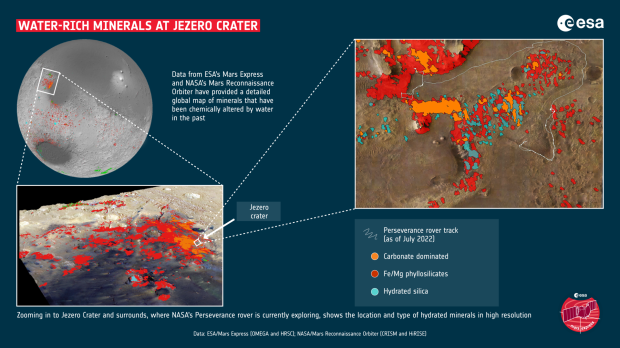 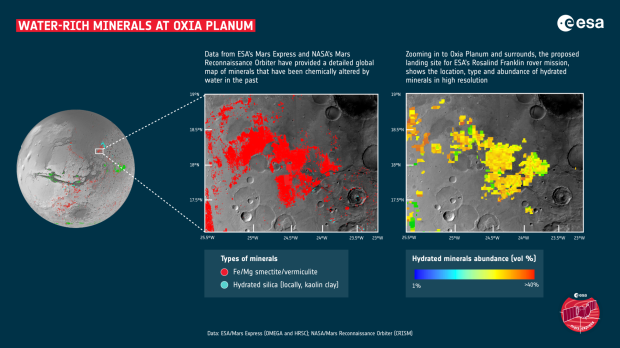 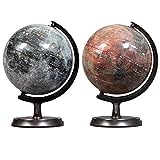