A study on the asteroids titled "A pristine record of outer Solar System materials from asteroid Ryugu's returned sample" has been published in the journal Nature Astronomy. 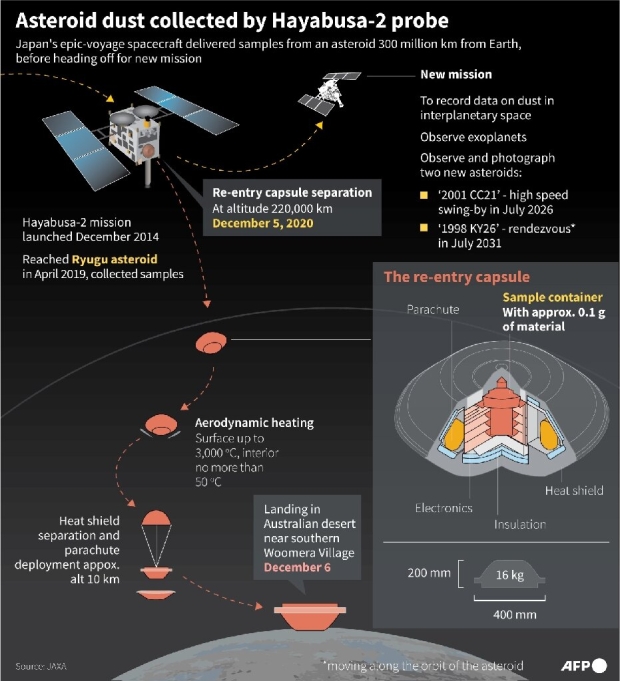 Researchers are beginning to publish findings relating to the Ryugu asteroid, sampled by the Japanese Hayabusa-2 space probe during a six-year mission. The probe launched in December 2014, traveling approximately 300 million kilometers (186 million miles) to reach Ryugu. It collected 5.4 grams (0.2 ounces) of rocks and dust from Ryugu by firing an "impactor" into the asteroid's surface after landing on it in April 2019.

Hayabusa-2 returned to Earth in 2020, bringing evidence that key molecules essential for life on Earth may have first formed in space, before being brought to Earth. These include organic materials like amino acids as well as water. According to a recent study by Japanese researchers, "volatile and organic-rich C-type asteroids may have been one of the main sources of Earth's water."

They noted that the subject of volatile compounds like water and organic material being delivered to Earth from outer space is still up for debate. Still, their presence in matter collected from Ryugu indicates similar asteroids in the early Solar System were likely an important source of volatiles.