A new world record for the strongest steady magnetic field has been set at the Steady High Magnetic Field Facility (SHMFF) in Hefei, China. 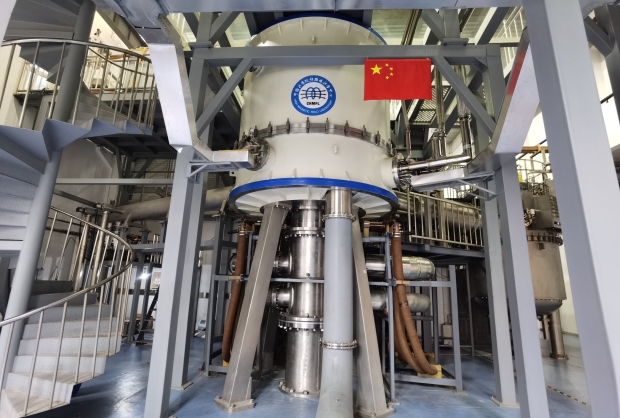 Researchers from the Chinese Academy of Sciences set a new record on August 12, 2022, of 45.22 teslas (T, the standard unit of magnetic flux density) using a hybrid magnet. This achievement broke the previous 45 tesla T record set using a hybrid magnet at the National High Magnetic Field Laboratory of the United States in 1999. The 45.22 T hybrid magnet comprises a resistive insert housed within a superconducting outer ring with a bore of 32 millimeters (1.3 inches).

The Hefei scientists first developed the hybrid magnet in 2016 and generated a central magnetic field of 40 T, making it the second magnet in the world to pass the 40 T threshold. The hybrid magnet is one of ten magnets operated by the High Magnetic Field Laboratory of Hefei Institutes of Physical Science, Chinese Academy of Sciences (CHMFL), where SHMFF is located.

"To achieve higher magnetic field, we innovated the structure of the magnet, and developed new materials. The manufacturing process of the bitter discs was also optimized," said Professor Kuang Guangli, the academic director of the CHMFL.

Three more world records have been set previously by the Hefei lab using its resistive magnets. The now record-setting SHMFF has operated for over 500,000 machine hours, servicing scientists from over 170 institutes with cutting-edge facilities to conduct experiments.

Higher strength magnetic fields have been created by others, with a 2018 experiment that saw a 1,200 T magnetic field generated, though this only lasted 40 microseconds before part of the experiment exploded. Researchers also achieved 45.5 T in 2019, but only briefly. 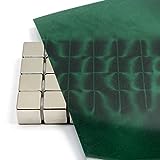