A study on oxygen and magnetism titled "Magnetic phase separation in microgravity" has been published in the journal npj Microgravity. 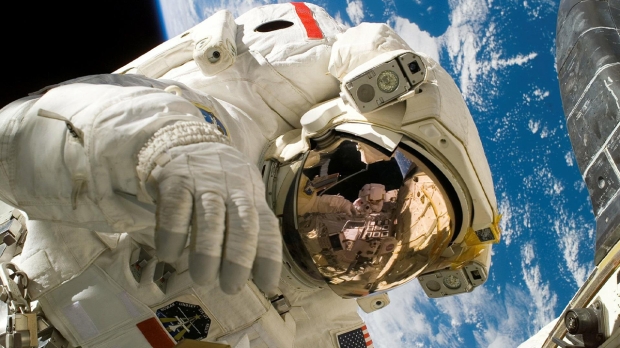 An international team of researchers has found a new way to produce oxygen in space for astronauts to breathe, such as on the International Space Station (ISS) and other space vehicles. The method NASA currently uses aboard the ISS is to split water into hydrogen and oxygen using an electrolytic cell. The gases have to be removed from that system so they can be utilized, which requires a centrifuge to separate the gases from the electrode and liquid electrolyte of the water electrolyzer system.

However, such a centrifuge is typically large, has a lot of mass, and requires significant power and maintenance. A recent analysis by a NASA Ames researcher indicated that the current infrastructure for creating oxygen in space "wouldn't make any sense to use" for a trip to Mars. Researchers have now found that gas bubbles can be separated from electrode surfaces using simple neodymium magnets in simulated microgravity conditions.

The magnet was immersed in various aqueous solutions, allowing it to attract and repel gas bubbles. Experiments with magnetism for space application have been limited; however, the experiments that led to these findings were made possible by the Bremen Drop Tower at the Center for Applied Space Technology and Microgravity (ZARM) in Germany. This drop tower allowed the researchers to create microgravity environments for 9.2 seconds in which to test their system.

"These effects have tremendous consequences for the further development of phase separation systems, such as for long-term space missions, suggesting that efficient oxygen and, for example, hydrogen production in water (photo-)electrolyzer systems can be achieved even in the near-absence of the buoyant-force," said Dr. Katharina Brinkert of the University of Warwick.

"After years of analytical and computational research, being able to use this amazing drop tower in Germany provided concrete proof that this concept will function in the zero-g space environment," said Professor Hanspeter Schaub of the University of Colorado Boulder.