The new bipedal, humanoid robot has been developed by Chinese company Xiaomi and unveiled at a launch event in Beijing.

Named the CyberOne, its reveal followed Xiaomi's presentation for a new foldable phone, thinner than Samsung's and only available in China. The robot joined Xiaomi CEO Lei Jun on stage, walking over to him to hand him a flower. The humanoid robot adds to Xiaomi's growing robotics line-up, known as its Cyber series, which includes the Cyberdog released last year, a robotic dog sharing a similar design to Spot, Boston Dynamics' robot dog.

The CyberOne stands 177 centimeters (5 feet 9.7 inches) with a wingspan of 168 centimeters (66 inches). It supports up to 21 degrees of freedom in motion, which, paired with a response time of 0.5 milliseconds per degree of freedom, allows it to simulate human movements completely. Visually, the CyberOne also shares some strong design similarities with renders of the upcoming Tesla Bot, also known as Optimus.

According to Xiaomi's website, the CyberOne is equipped with a "vocal emotion identification engine" developed in-house by the company that allows the robot to recognize and classify 45 different human emotions. Supposedly, this will allow the robot to detect happiness and comfort someone when they are sad. Its "environment semantics identification engine" will similarly enable the robot to recognize 85 different sounds in an environment.

"CyberOne's AI and mechanical capabilities are all self-developed by Xiaomi Robotics Lab. We have invested heavily in R&D spanning various areas, including software, hardware, and algorithms innovation. With AI at its core and a full-size humanoid frame as its vessel, this is an exploration of possibilities of Xiaomi's future technological ecosystem and a new breakthrough for the company," said Lei Jun.

You can read more from Xiaomi's post about the unveiling here. 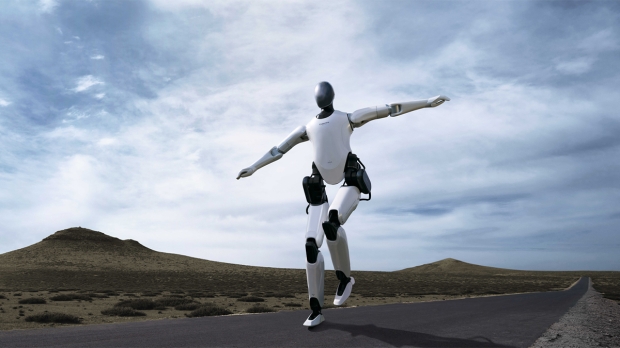