PassMark is building its big update of MemTestX86, the first update since January 2022, which will support next-gen DDR5 memory.

The creator of MemTestX86 took to Twitter to tease "a new era of memory testing is coming to MemTestX86", with a follow-up tweet explaining: "direct identification of the bad memory module and the chip (for specifically selected DDR5 reference systems" he added.

In the photo provided, we have some Crucial DDR5-4800 memory modules being tested with MemTestX86, which spoiler alert: they'll be supported as the "specifically selected DDR5" modules. Intel already has its 12th Gen Core "Alder Lake" CPUs with 600-series motherboards supporting DDR5 memory, but AMD is about to launch its Ryzen 7000 series "Zen 4" CPUs and X670E + X670 motherboards that will also have DDR5, so MemTestX86's big new update couldn't come at a better time.

MemTestX86 will be able to detect which of your DDR5 memory modules are faulty, so end users can work out which DDR5 memory module is giving them headaches with their PC. Instability, crashing, overclocking issues... there'll soon be some memory testing software to help you with MemTestX86.

By the time MemTestX86 is released, Intel should have its next-gen 13th Gen Core "Raptor Lake" CPU and new 700-series motherboards on the market, which will -- along with AMD's new Zen 4 + X670/E motherboards -- support DDR5-5600 out of the box.

PassMark added in a tweet that we should expect the new DDR5-powered MemTestX86 update to arrive in around two weeks time, tweeting: "It will be released in V10 (~2 weeks). We were thinking of doing a V9.5 release, with another new feature (DMA testing), but we thought these changes were significant enough to justify a major version. We've been looking a trying to get memory address decode working for years". 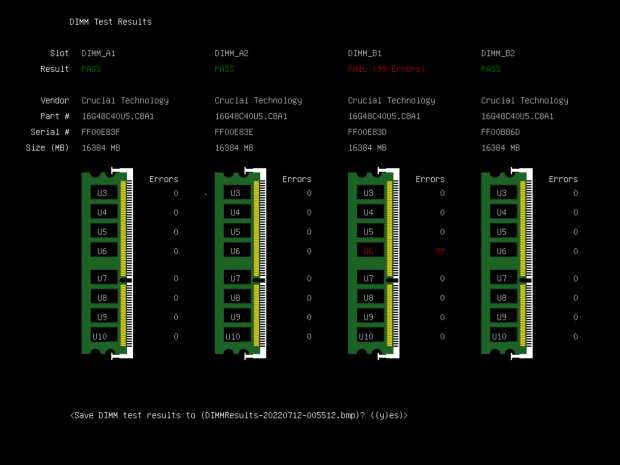