The new robot making its way to the International Space Station (ISS) is called MIRA, short for "miniaturized in vivo robotic assistant."

NASA has helped fund the University of Nebraska-Lincoln to ready MIRA to fly to the ISS to be tested in 2024, after being in development for almost 20 years. Virtual Incision, the company based on the Nebraska Innovation Campus whose co-founder invented the robot, has received over $100 million since it was founded in 2006.

Compared to other much larger surgical robots, the robot will be small enough to fit in an experiment locker on the ISS. MIRA's other advantages include its ability to operate through small incisions, allowing for minimally invasive surgeries, and its ability to be operated remotely. A previous experiment saw a retired NASA astronaut use MIRA to perform "surgery-like tasks" 900 miles away.

"NASA has been a long-term supporter of this research and, as a culmination of that effort, our robot will have a chance to fly on the International Space Station," said Shane Farritor, professor of engineering and inventor of MIRA.

Aboard the space station, MIRA will complete more tasks simulating surgical responsibilities entirely autonomously, and Farritor believes it will be able to function independently within 50 to 100 years.

"The astronaut flips a switch, the process starts and the robot does its work by itself. Two hours later, the astronaut switches it off and it's done," Farritor said.

"As people go further and deeper into space, they might need to do surgery someday. We're working toward that goal," continued Farritor. 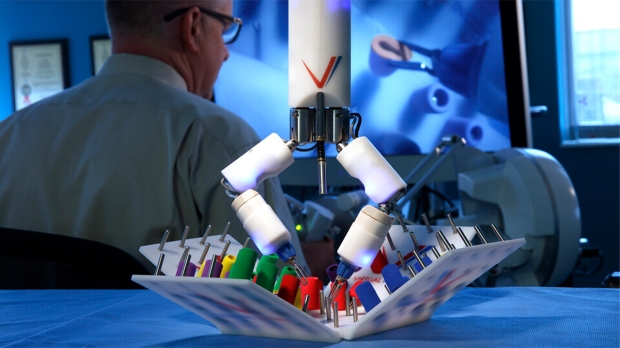