Google has taken to its website to take another swing at Apple over its text messaging and how videos appear blurry when sent from an Android device to an iPhone.

Google has swung at Apple over what it calls the company's failure to improve the user experience between iOS and Android users, citing the infamous down-scaling of multimedia sent from an Android device to an iOS, in particular, videos. This isn't the first time Google has openly come after Apple for its lack of updates between the two platforms, as the Android team released an "unofficial lyric" to the recently released Drake song "Texts Go Green".

Google is pushing for Apple to adopt what it calls the "modern industry standard" for text messaging - Rich Communication Services (RCS). Google states that the problem between Android and iPhone texting are because "Apple refuses to adopt modern texting standards when people with iPhones and Android phones text each other", per Google's website. Google calls for Apple to fix the green and blue bubbles as well as "texting for everyone". 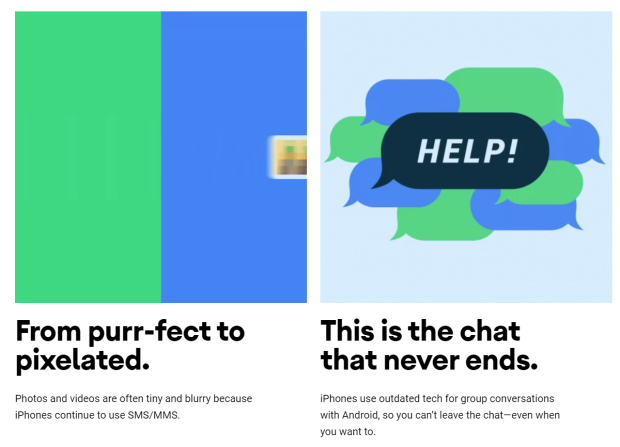