Despite its age, the Hubble Space Telescope can still pull off some incredible photography, and a reminder of that is the Hubble Classic image of NGC 248. 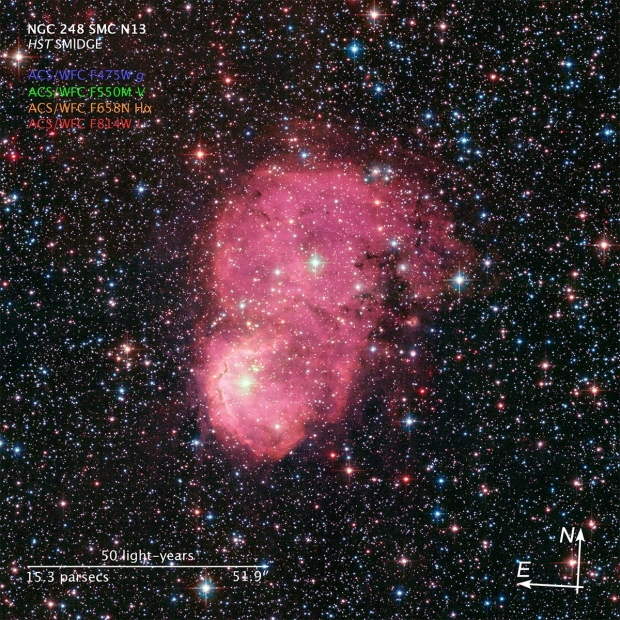 NASA has taken to its social media to shine a light on the above Hubble Classic and explained that the image includes two nebulas that were originally discovered in 1834 by astronomer Sir John Herschel. The two nebulas are located in the Small Magellanic Cloud, which is a dwarf galaxy that's a satellite galaxy to our Milky Way galaxy. Notably, NGC 248 is located about 200,000 light-years away from Earth within the constellation Taurus, which measures in at approximately 60 light-years long and 20 light-years wide.