While consoles typically lead the pack, PC is still very important to publishers like Capcom. 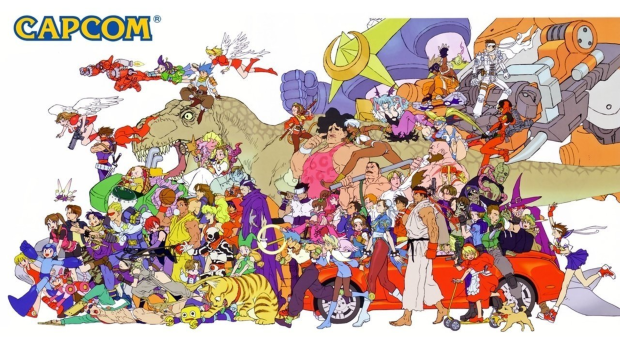 PC is a great platform; it's practically all-digital and it's a great place to rake in cash from older evergreen catalog games. Throw in major discounts during a Steam summer sale event and bam, you typically have a formula for boosted sales.

Apparently that's what happened during Capcom's recent Q1 period. PC made up 50% of unit sales during the quarter. Capcom sold 11.7 million games during Q1'22, so PC games sold roughly 5.85 million. 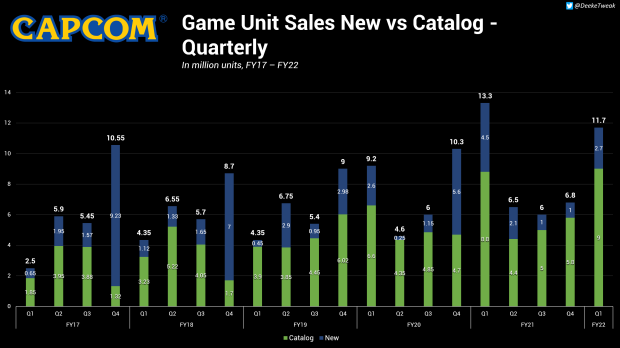 "The ratio of units sold on the PC during the first quarter was approximately 50%. For the full year we expect this to slightly decrease due to the release of a major new title in the fourth quarter," Capcom corporate told investors during a Q&A session.

Capcom used to disclose PC gaming revenues but has since lumped them together with the digital contents segment earnings.

In other game sales stats, Capcom sold most of its games in overseas territories in Q1, and 85% of Capcom's game sales volume was from catalog titles. 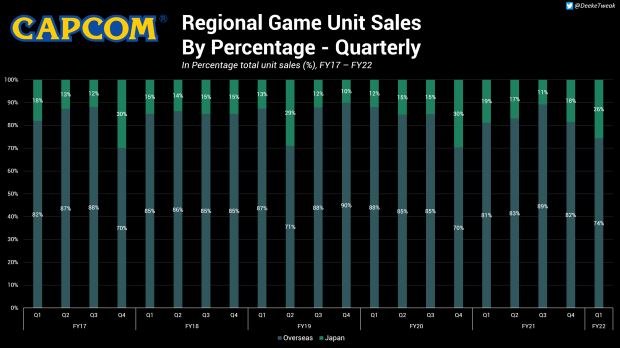