A study on the parasite titled "Are Toxoplasma-infected subjects more attractive, symmetrical, or healthier than non-infected ones? Evidence from subjective and objective measurements" has been published in the journal PeerJ. 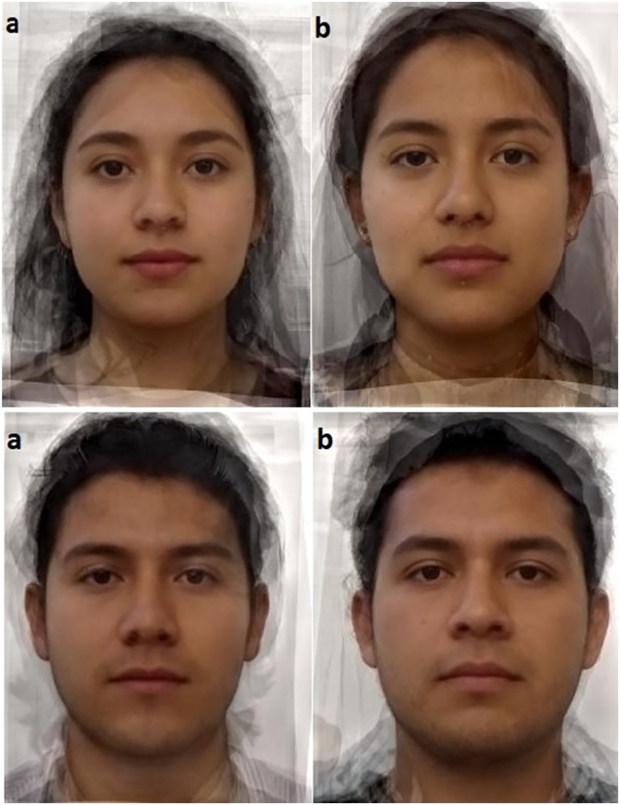 The above is a composite image merging ten individual images to preserve study participants' anonymity. The (a) images on the left are of men and women infected with T. gondii, and the (b) images are of uninfected participants. Credit: Borraz-Leon et al.

Researchers from the University of Turku found that the common Toxoplasma gondii parasite may change a human host's appearance to make them more attractive to prospective partners. It's been estimated that 30-50% of people worldwide are infected with T. gondii, and the parasite has been shown in a previous study to make infected male rats more sexually attractive to uninfected female rats, allowing the parasite to spread further.

"... [it's] plausible to think that Toxoplasma gondii may produce some phenotypic changes to increase its host's attractiveness which, at the same time, would increase the transmission-related benefits for the parasite. In fact, it has been observed that male rats that have been experimentally infected with Toxoplasma gondii, have some changes in their testosterone levels, and are also more sexually attractive and preferred as sexual partners by non-infected females, which supports our evolutionary interpretation of the results," said Javier Borraz-Leon, from the University of Turku, to New Atlas.