Earth may soon, or possibly has already, been hit by a solar storm that came from a hole in the surface of the Sun. 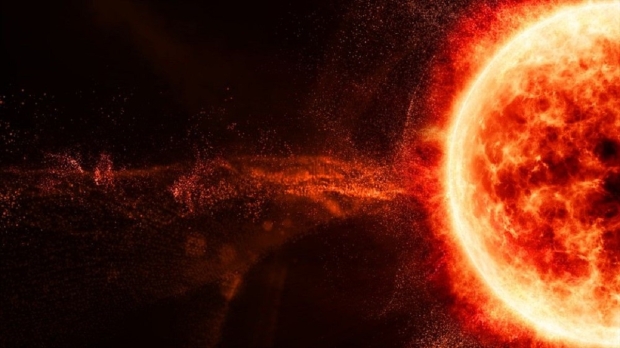 Officials at the National Oceanic and Atmospheric Administration (NOAA) have warned that on August 2, there is a chance that Earth will be smacked with a high-speed stream of solar wind that has a chance of causing a minor G1-class geomagnetic storm. The G1-class is the lowest on the 5-point scale, with G5 being the more severe. A storm of such low caliber still has an impact on the planet, with officials' scale indicating it can cause weak or mild degradation of radio communications and GPS signals.

The solar stream of "gaseous material is flowing from a southern hole in the sun's atmosphere," writes spaceweather.com. Notably, the solar material is capable of rushing out of coronal holes, such as the one that recently released this solar stream, at speeds of 1.8 million miles per hour. If lined up with Earth, these particles collide with Earth's magnetic field, compressing it and charging the molecules in the atmosphere. This interaction causes auroras, such as the Northern and Southern lights.