A team of researchers have published a photograph snapped by NASA's James Webb Space Telescope, and it's believed to be of a supernova occurring out in deep space. 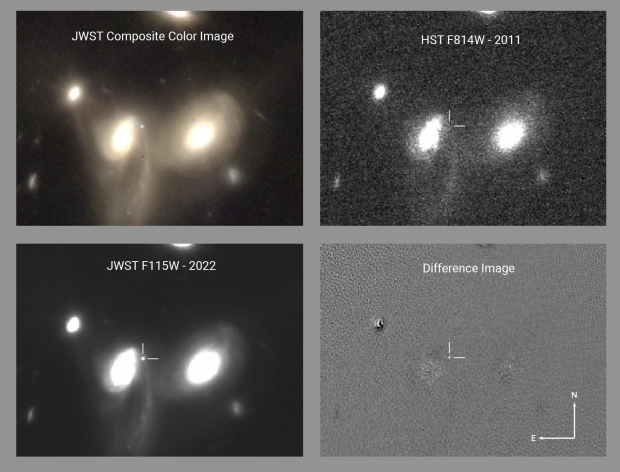 The team of scientists released a group of images that showcase the galaxy SDSS J141930.11+525159.3, and according to reports, the team believes it may have captured Webb's first supernova as the object that was photographed gained in brightness between the several photographs that were taken.

More specifically, the researchers say that objects dimming and brightening are key indicators of a supernova occurring, however, this has yet to be confirmed as more observations are needed. Furthermore, Webb isn't designed to capture supernovas as it's equipped to observe distant planets, scan their atmospheres for signs of life, see far into the early universe, and much more.

As for other Webb-related news, NASA's newest space telescope recently photographed the oldest galaxy ever observed.