A study on Alzheimer's detection titled "Amyloid-beta misfolding and GFAP predict risk of clinical Alzheimer's disease diagnosis within 17 years" has been published in the journal Alzheimer's & Dementia. 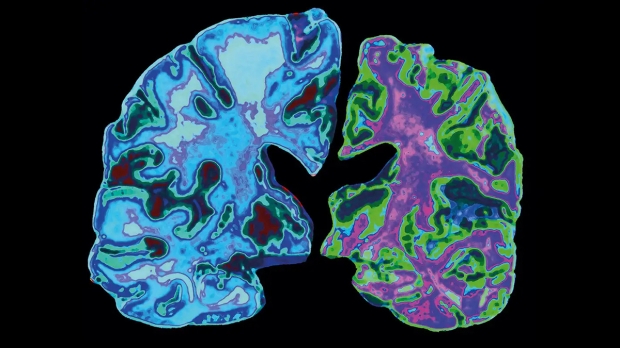 Researchers from the Ruhr University Bochum in Germany have created a new sensor that can detect early signs of Alzheimer's disease in patients during the 15 to 20-year period before symptoms emerge in cases. An immuno-infrared sensor detects the misfolding of the amyloid-beta protein biomarker, which leads to the accumulation of characteristic "plaques" in the brain.

"Our goal is to determine the risk of developing Alzheimer's dementia at a later stage with a simple blood test even before the toxic plaques can form in the brain, in order to ensure that a therapy can be initiated in time," said Professor Klaus Gerwert, founding director of the Centre for Protein Diagnostics (PRODI) at Ruhr-Universität Bochum.

The researchers analyzed blood plasma samples acquired between 2000 and 2002 from patients between 50 and 75 years old and then frozen as part of a study to find potential Alzheimer's biomarkers. None of the patients had yet been diagnosed with Alzheimer's, though 68 had by the time of their 17-year follow-up. The new test successfully identified the 68 samples corresponding to patients who later developed Alzheimer's with high accuracy.

"We plan to use the misfolding test to establish a screening method for older people and determine their risk of developing Alzheimer's dementia. The vision of our newly founded start-up betaSENSE is that the disease can be stopped in a symptom-free stage before irreversible damage occurs," continued Gerwert.

The End of Alzheimer's: The First Program to Prevent and Reverse