Black holes have been a center point for scientific exploration for many years now, and while progress is being made on their understanding, researchers still have a long way to go. 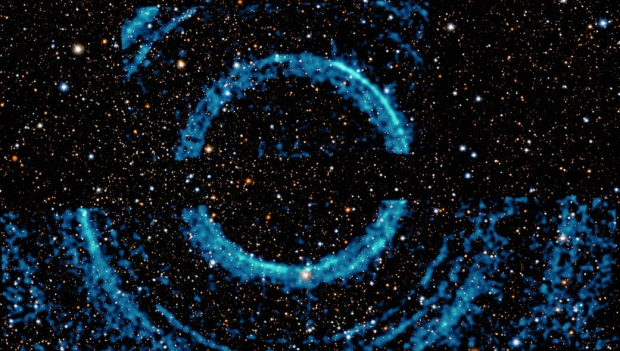 NASA has published a new image of a black hole using its Chandra X-Ray Observatory and the Neil Gehrels Swift Observatory. NASA explains on its website that the above image showcases rings around a black hole located in the binary system called V404 Cygni, that's located approximately 7,800 light-years from Earth. So, what causes these rings to appear in the X-ray image?

The space agency explains that the rings are caused by the black hole pulling material away from a companion star located within its approximate vicinity. The star is estimated to be about half the size of the Sun, and the rings that are clearly seen in the image aren't visible in visible light, but are clear as day through X-ray vision as the material "glows". Astronomers refer to systems such as these as "X-ray binaries". For more information on this story, check out this link here.