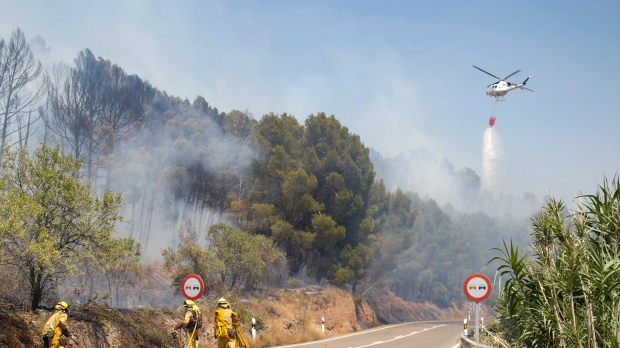 Land Life is a reforestation company that uses a technology-focused approach to scale up its tree planting efforts in areas that need to be reforested. This contrasts with afforestation, which plants trees to create forests where there never was one. Land Life helps companies offset their carbon footprint by planting trees to remove carbon dioxide directly from the atmosphere.

The company is currently working on a reforestation project in Ateca in Zaragoza, Aragon, Spain. Unfortunately, Spain and many other European countries are currently experiencing widespread droughts and fires amidst a severe and ongoing heatwave. The poor conditions primed the area for disaster, and when contractors working for Land Life were working in the area, their activity on July 18th sparked a fire that led to roughly 35,000 acres of land being burnt.

Unfortunately, it is not the first fire sparked by Land Life activity, with another occurring just shy of a month earlier in Bubierca, Spain. That fire was much smaller, only taking out 20 hectares or about 49 acres.

"The fire started while one of our contractors was using a retro-spider excavator to prepare the soil to plant trees later this winter. The operators alerted the emergency services. The emergency teams are working non-stop to control the fire and have fortunately established the fire perimeter. Nonetheless, we are devastated by the latest estimate that the damage will be around 14,000 hectares," wrote Land Life in a statement on July 21st, 2022.

You can read more about Land Life here, and its statement here.