The new next-gen Avatar Frontiers of Pandora game will not release alongside the Avatar movie sequel, Ubisoft has announced. 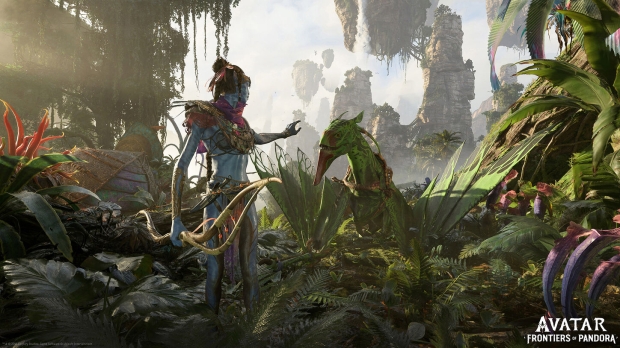 Avatar Frontiers of Pandora has been delayed by up to 16 months. The game was originally set to release in November 2022 and has now been pushed back to Ubisoft's FY24 period, which is from April 2023 - March 2024. Frontiers of Pandora is a big multi-year live service game that will have tons of post-release content that ties into the movie and sets its own storyline.

"Avatar: Frontiers of Pandora will now release in 2023-24. We are committed to delivering a cutting-edge immersive experience that takes full advantage of next-gen technology, as this amazing global entertainment brand represents a major multi-year opportunity for Ubisoft. We also decided to release in 2023-24 a smaller unannounced premium game, originally slated for 2022-23," Ubisoft said in a press release.

Massive Entertainment creative director Magnus Jansen said the team is pushing past new limits for the game. "We've really been pushed to our limits, and we'll continue to push as well and continue to improve."

Avatar: Frontiers of Pandora is a first person, action-adventure game developed by Massive Entertainment - a Ubisoft studio, in collaboration with Lightstorm Entertainment and Disney.

Built using the latest iteration of the Snowdrop engine, and developed exclusively for the new generation of consoles and PC, Avatar: Frontiers of Pandora brings to life the alluring world of Pandora with all of its beauty and danger in an immersive, open world experience.

In this new, standalone story, play as a Na'vi and embark on a journey across the Western Frontier, a never-before-seen part of Pandora. Explore a living and reactive world inhabited by unique creatures and new characters, and push back the formidable RDA forces that threaten it.