Sotheby's is auctioning a collection of artifacts and memorabilia preserved by Buzz Aldrin, the Lunar Module Pilot for Apollo 11, which landed the first humans on the Moon on July 26th, 2022. 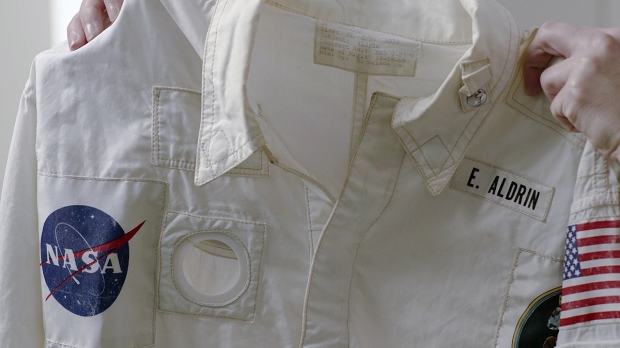 The collection includes Aldrin's jacket worn in space during the Apollo 11 mission when not wearing his space suit. Also being auctioned is the part of the broken circuit breaker that almost stranded Aldrin and Neil Armstrong on the Moon and the felt-tipped pen Aldrin used to save them. The broken switch part and the Duro-brand marker are expected to fetch between one and two million dollars.

"There weren't guards over any of the circuit breakers. One got pushed in and one got broken off. So I must have pushed one in and broke one off," Aldrin told the editor of the Apollo Lunar Surface Journal, describing the accident in the "Eagle" lunar module in a 1991 interview.

"Buzz ingeniously pulled a felt tip pen out of the pocket of his sleeve. Amazingly, the tip of that pen fit perfectly into the hole where the broken switch was. He stuck it in there and, miraculously, the engine was able to ignite and they were able to reassemble and meet up with Mike [Collins] and get back home," said Cassandra Hatton, Sotheby's global head of department and senior specialist for science and pop culture, in a video preview of the upcoming auction.

Aldrin's jacket is expected to be sold for a similar price and is the only garment from the Apollo 11 mission that someone can own privately. It appears in many famous pictures from the mission, aside from those where Aldrin is on the Moon in his spacesuit. The spacesuits Aldrin and Armstrong wore on the Moon reside in the Smithsonian's National Air and Space Museum.

"The sale covers the full scope of Dr. Aldrin's career, starting with his doctoral work at MIT, where he wrote his PhD thesis on the lunar module rendezvous technique, to mission artifacts from Gemini 12, where he did his first spacewalk, and objects from the greatest mission, Apollo 11," said Hatton.

No Dream Is Too High: Life Lessons From a Man Who Walked on the Moon