A meteor was spotted in the sky over Cook Strait, which separates New Zealand's North Island and South Island, during the daytime hours on July 7th, 2022.

Witnesses described the meteor as a "giant bright orange fireball" that produced a "trail of smoke that hung around for a few minutes." The fireball is presumed to have been caused by a small meteor, up to a few meters wide, that fragmented in the atmosphere, producing a sonic boom as it exploded with the power of 1,800 metric tonnes of TNT.

The shock wave generated by the fragmented meteor was detected by GeoNet, a network seismometers used to detect earthquakes, which recorded sound waves produced as a result. The event also produced a bright flash of light that was recorded by satellites used to detect lightning globally. The meteor likely fragmented over the ocean, and fragments of it will therefore be unrecoverable. 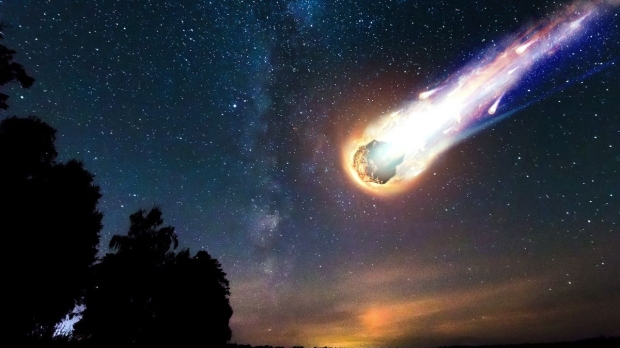