A study on the creature titled "A three-eyed radiodont with fossilized neuroanatomy informs the origin of the arthropod head and segmentation" has been published in the journal Current Biology. 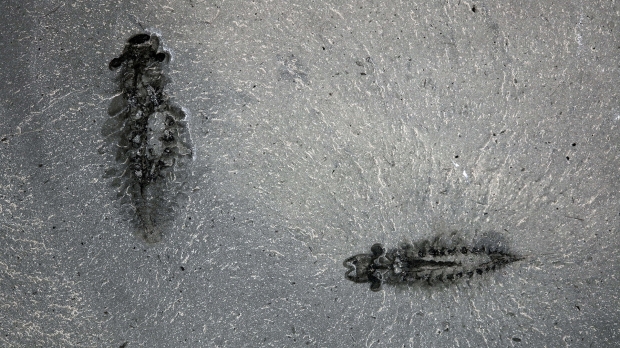 Researchers from the Royal Ontario Museum (ROM) in Toronto, Canada, discovered a collection of fossils from the Burgess Shale dating back 506 million years, including "incredibly well preserved" ones of the extinct Stanleycaris hirpex, a kind of arthropod known as a radiodont. The S. hirpex was an ancient marine predator, measuring no more than 20 centimeters (~7.8 inches), existing when few animals grew larger, making it rather formidable.

The fossil collection includes 84 S. hirpex with the brain and nerves intact, showing that the brain of the Stanleycaris was made up of two segments, called the protocerebrum and deutocerebrum, which connect to the eyes and front claws, respectively. This differs radically from present-day arthropods like insects, which have a brain comprising three segments: the protocerebrum, deutocerebrum, and tritocerebrum. Stanleycaris also had a central, third eye on its head between its two stalked eyes, differentiating it from any other known radiodont.

"While fossilized brains from the Cambrian Period aren't new, this discovery stands out for the astonishing quality of preservation and the large number of specimens. We can even make out fine details such as visual processing centers serving the large eyes and traces of nerves entering the appendages. The details are so clear it's as if we were looking at an animal that died yesterday," said Joseph Moysiuk, lead author of the study.

"The presence of a huge third eye in Stanleycaris was unexpected. It emphasizes that these animals were even more bizarre-looking than we thought, but also shows us that the earliest arthropods had already evolved a variety of complex visual systems like many of their modern kin," said Dr. Jean-Bernard Caron, ROM's Richard Ivey Curator of Invertebrate Palaeontology, and Moysiuk's Ph.D. supervisor.

"It had this really ferocious apparatus of spiny claws and round mouth that made it look absolutely fierce. It also had long, rake-like spines to comb the seafloor to hunt for any buried organisms, side flaps to help it glide through the water and trident-shaped spines that project toward each other from the opposite appendage that we think it used as a jaw to crush its prey," Moysiuk wrote to Live Science in an email.

You can read more from the study here, and the ROM's press release here.