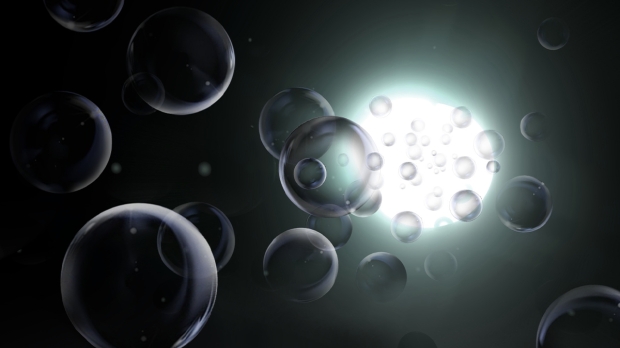 Space bubbles would be a form of geoengineering, also known as climate engineering, but not one that focuses directly on Earth-bound systems that could be manipulated to alter the climate, as these pose "tremendous risks to our living ecosystem." Instead, the SCL has conceived of a space-based solution, noting that if we could deflect 1.8% of solar radiation before it hits Earth, "we could fully reverse today's global warming."

The SCL team has tested thin-film structures in its lab, inspired by the work of Roger Angel, who first proposed using them in outer space. The SCL solution would be manufactured in space, easily deployable, and reversible. The ideal position would be the Lagrangian Point between the Earth and the Sun, known as L1. At this point, the Sun's and the Earth's gravitational influence on an object effectively cancel out, and the object can stay at that same relative position with limited corrections.

"This project is part of a solar-geoengineering approach - a set of technologies aiming to reflect a fraction of sunlight coming to the Earth - to contest climate change. Unlike other Earth-based geoengineering efforts, such as dissolving gases in the stratosphere for increasing its albedo effect, this method would not interfere directly with our biosphere and therefore would pose less risks to alter our already fragile ecosystems," read an MIT press release.

"We believe that advancing feasibility studies of a solar shield to the next level could help us make more informed decisions in the years to come should geoengineering approaches become urgent," said Professor Carlo Ratti of MIT SCL.

You can read more MIT's press release here, and get in touch with the SCL team about the idea here.