A new Department of Defense (DoD) project involves high-altitude balloons to help protect the United States from weapons developed by China and Russia.

The high-altitude balloons are planned to operate in the stratosphere at between 60,000 feet (18,288 meters) and 90,000 feet (27,432 meters). They would join the Pentagon's surveillance network, where they could track things like hypersonic missiles. Approximately $3.8 million has been funneled toward balloon projects in the past two years by the Pentagon, which aims to ramp that number up to $27.1 for the 2023 fiscal year.

"High or very high-altitude platforms have a lot of benefit for their endurance on station, maneuverability and also flexibility for multiple payloads," said Tom Karako, senior fellow for the International Security Program and Missile Defense Project director at the Center for Strategic and International Studies.

The balloons will be made by Raven Aerostar, a division of Raven Industries, and could also be used to work with commercial satellites to coordinate an attack. According to Karako, "they can be trucks for any number of platforms, whether it be communication and datalink nodes, ISR [Intelligence, surveillance, and reconnaissance], tracking air and missile threats, or even various weapons - and without the predictable orbits of satellites."

Check out this article by Politico for more information on this story. 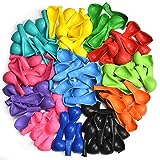