A study on astronaut bone loss titled "Incomplete recovery of bone strength and trabecular microarchitecture at the distal tibia 1 year after return from long duration spaceflight" has been published in the journal Scientific Reports. 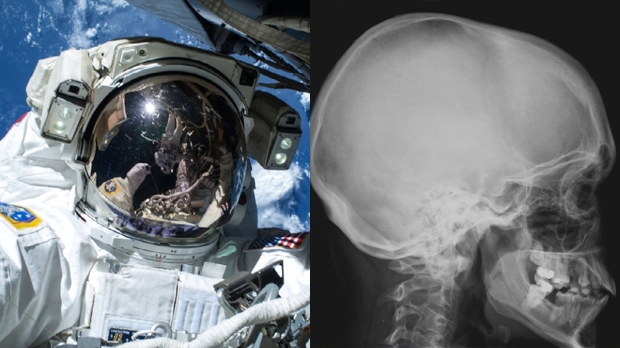 Researchers studied seventeen international astronauts, comprising fourteen males and three females, before they went to space, upon returning to Earth, and at six and twelve-month intervals following their return. They scanned the astronauts' tibia (shinbone) and radius (forearm) to determine their resistance to fracturing, known as the failure load, bone mineral content, and thickness.

Overall, the average result for 16 of the astronauts was the incomplete recovery of their shinbones from bone loss sustained in space after one year back on Earth. However, the forearm did recover completely. The average pre-flight shinbone failure load was 10,579 newtons of force, which dropped by 152 newtons to 10,427 newtons, while bone mineral density reduced by 4.5 milligrams per cubic centimeter from 326.8 mg/cm3 pre-flight.

The study shows that spaceflights over only three months lead to bone losses after a year back on Earth, equivalent to ten years of age-related bone loss accumulated while only on Earth. Those with spaceflights longer than six months experienced even greater losses. Seven of the nine astronauts whose shinbone mineral density didn't fully recover within twelve months were on such missions.