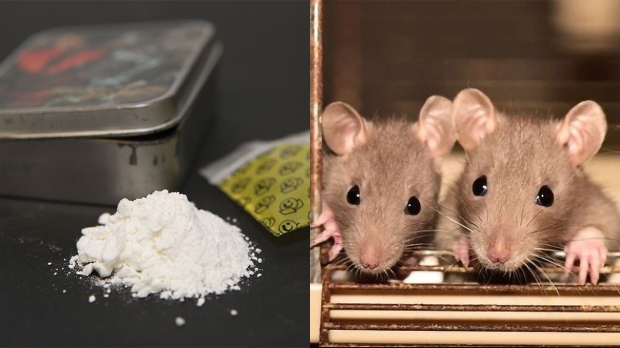 Researchers from the National Institute on Drug Abuse (NIDA), a component of the National Institutes of Health (NIH), discovered that blocking particular acetylcholine receptors in the brains of rats made it more difficult for them to resist seeking cocaine. In the experiment, rats were trained to recognize when cocaine was available based on a light being turned on or off and to self-administer cocaine by pressing a lever, resulting in the injection of the drug.

The researchers blocked the receptors in the lateral habenula (LHb), a brain area responsible for balancing reward processing and inhibition. The LHb is particularly interesting because it interfaces with various brain regions associated with reasoning, reward systems, and higher-order thought processes - factors associated with substance abuse disorders.

"This discovery gives researchers a new, specific target toward solving a problem that has long been elusive-developing treatments for cocaine addiction. As we have seen with medications to treat opioid use disorder, adding this tool to clinical care could save lives from overdose and drastically improve health and quality of life," said NIDA Director Nora Volkow, M.D.

"While the immediate results of this study are related to cocaine seeking, there are also greater implications for impulsivity as it relates to other drugs as well as to psychiatric conditions like obsessive-compulsive disorder. Our future studies will explore the relationship between LHb activity and impulsive behavior related to other drugs such as cannabis, and opioids such as heroin," said Carl Lupica, Ph.D., chief of the Electrophysiology Research Section of the Computational and Systems Neuroscience Branch of NIDA.