A study on the levitation technique titled "High-speed acoustic holography with arbitrary scattering objects" has been published in the journal Science Advances.

Researchers from the University College London (UCL) have developed a self-correcting acoustic levitation system, which can levitate objects by firing sound waves at them, essentially just by pushing them with air particles. Before their system, if something came between the speakers and the levitated object, the flow of air particles causing levitation would be interrupted, and the object would fall.

To account for this, the research team increased the number of speakers to 256 in a grid, all controlled by software to allow the array to shape sound waves to achieve the desired result. When something blocked sound waves from some speakers, other speakers' sound waves could be redirected to keep the object levitated. The researchers levitated water, small beads, and a piece of fabric with various interfering objects.

"Until now, we've only been able to demonstrate acoustic levitation for virtual reality and holograms in controlled environments without any other objects nearby that could interrupt and scatter soundwaves. In this paper, we've shown how we can float objects and even create digital content such as holograms in real-world environments by accounting for nearby objects in real-time. It opens up the possibilities for fully immersive virtual reality experiences and interactive holograms," said Ryuji Hirayama, lead author from UCL.

"I am excited for how this work opens the door for mixing many different materials in additive manufacturing and 3D printing. Acoustic levitation has huge potential in precision manufacturing and this work paves the way for realising this opportunity," said lead researcher Sri Subramanian from UCL. 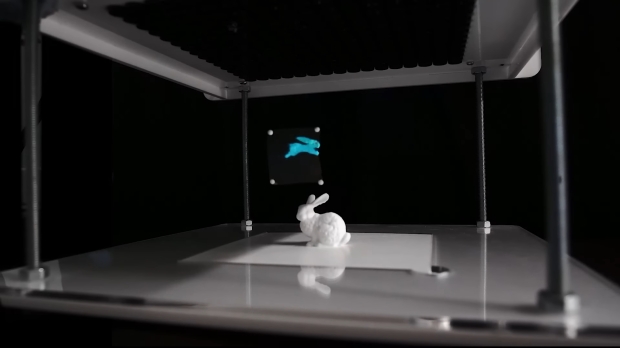