The Canadian Nuclear Safety Commission (CNSC) has committed to sharing information regarding unidentified aerial phenomena (UAP) with the United States.

Larry Maguire, a member of parliament (MP) in Canada, questioned Canada's Natural Resources department during a meeting, about the safety of Canada's nuclear facilities and the potential threat posed by UAP, also known as unidentified flying objects (UFOs). Maguire later received a letter from the Natural Resources department informing him of their commitment to sharing information on UAP issues with its United States counterpart.

"Given the shared priority for nuclear safety and security of nuclear facilities, and the growing interest in UAPs in both Canada and the United States, the CNSC is committed to raising the issue with its United States counterpart and sharing any related information going forward," wrote Deputy Minister of Natural Resources John Hannaford in a letter dated June 6th, 2022.

U.S. government bodies like the Department of Energy, the Nuclear Regulatory Commission (NRC), and NASA have a collective renewed interest in UAP. Maguire raised the issue of UAP with the Canadian parliament after its ongoing silence on the matter and has since had fellow MPs back him in paying closer attention to the issue and the U.S.' handling of them.

"The Americans have already passed legislation to implement a whole of government approach to collecting UAP data. That includes their Nuclear Regulatory Commission, which is the equivalent of the Canadian Nuclear Safety Commission," Maguire told VICE News.

"It was encouraging to see NASA announce they are launching their own independent study, which will be non-classified and released to the public. Learning what tools and scientific rigour they are applying to their efforts will benefit everyone who wants to determine the origin and intent of UAP," Maguire continued. 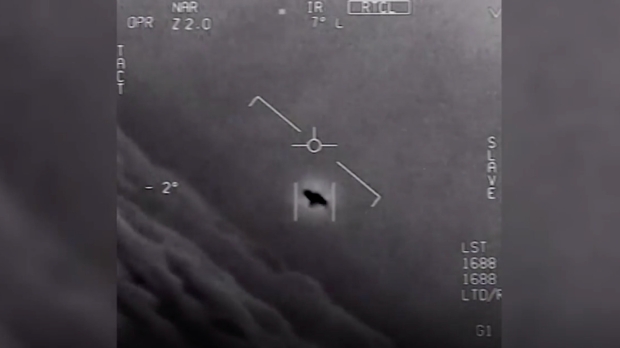