NASA's Perseverance rover is currently scouring the surface of the Red Planet looking for past signs of ancient life that may have inhabited the planet long ago.

Throughout its adventures, Perseverance has encountered many things that are both interesting and unexpected, and now NASA researchers can add another event to their "unexpected" list as Perseverance has located a piece of trash. Taking to Perseverance's official Twitter account, NASA explains that the rover discovered the trash jammed in a jagged rock and was later able to identify that the trash is a thermal blanket that was used to protect the rover from Mars' harsh atmosphere as it descended to the surface.

The Twitter account states that "it's a surprise finding this here" as the descent stage crashed approximately 1.24 miles away from the location of the thermal blanket. Questions have now been put forth as to whether the thermal material landed in this location or was blown there by martian wind. Now that Perseverance and NASA's team have enjoyed discovering some long-lost landing equipment, the rover will be directed to get back to its main task - exploring the Jezero Crater. 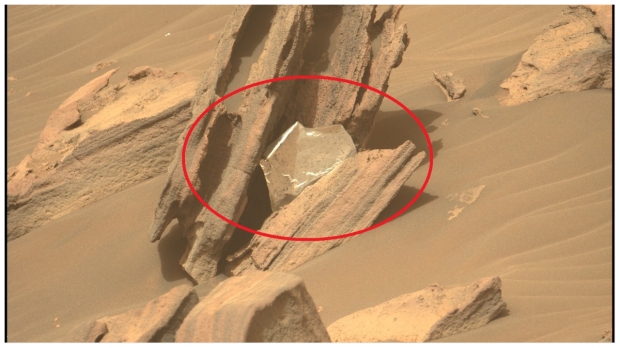