Russian President Vladimir Putin's bodyguards not only have to protect the Russian president from potential assassins, but they also have to collect his feces.

Reports of Putin's feces being collected by his bodyguards and sent back to Russia were first revealed by a French news magazine called Paris Match, which cited two veteran Russian reporters who described the duties of Federal Protection agents that surround Putin. These agents reportedly collect Putin's poop and place them in specialized packets that are then transferred to a briefcase which is then sent back to Russia.

Notably, former BBC reporter Farida Rustamova tweeted that she was informed that Putin has been taking a portable toilet with him on foreign relations trips since the beginning of his rule. Rustamova also states that sometimes all of Putin's feces are destroyed immediately. These reports of Putin's feces being destroyed/sent back to Moscow illustrate the seemingly never-ending efforts made by Russia to keep Putin safe in any way possible from foreign intelligence. 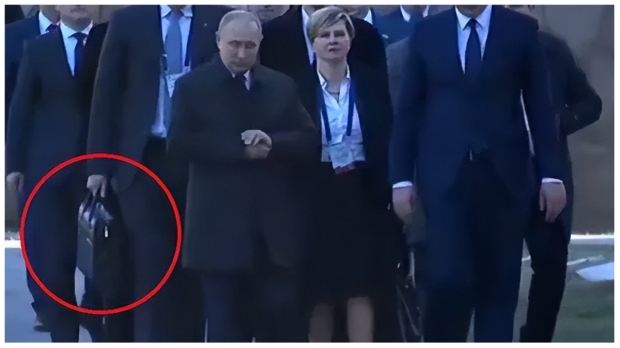