Researchers have reported the discovery of the largest meat-eating dinosaur to ever roam Europe called the "White Rock spinosaurid". 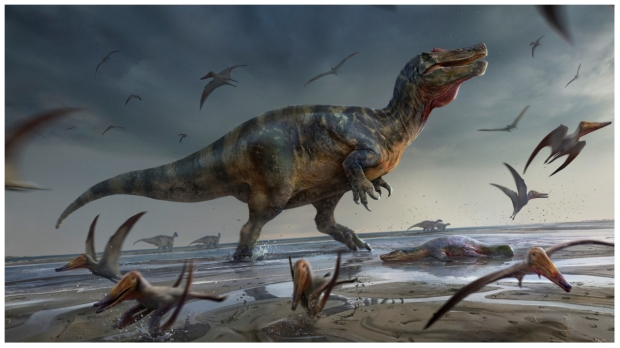 A new study published in the journal PeerJ Life & Environment details the discovery of fossils from the dinosaur that is expected to have lived approximately 125 million years ago during the Cretaceous Period. The fossils that were found include a back, hip, and tail bones with some additional limb fragments. The fossils were found along Compton Bay, located on the southwest coast of the Isle of Wight.

According to the researchers, the White Rock spinosaurid is, at the very least, "one of the biggest - and possibly the biggest - known land predator ever to stalk Europe," said Chris Barker, a University of Southampton doctoral student in paleontology and the lead author of the new paper. Notably, paleontologists estimate that the dinosaur was about 32 feet long but could have possibly been even bigger. For reference, the Tyrannosaurus rex was close to 42 feet long. 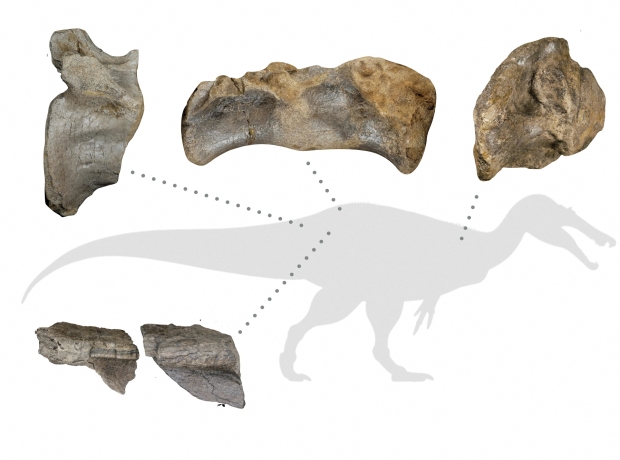