An artificial intelligence (AI) powered system has been developed that can reportedly clone pigs better than humans can. 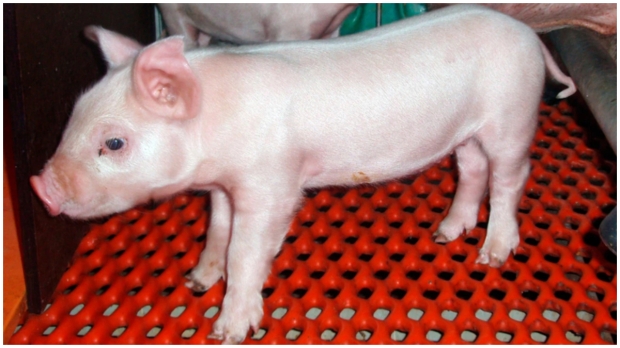 A new report by the South China Morning Post has revealed that a new AI-powered system created by researchers from the University of Nankai's College of Artificial Intelligence has already created seven piglets via surrogate. The new system created the piglets without any human intervention, and according to the researchers behind the project who spoke to the publication, the system may pave the way forward to commercialized cloning.

Notably, most cloning processes consist of somatic cell nuclear transfer, which is a laboratory strategy that involves a scientist manually transferring cells and their nuclei, which can take hours. The manual process also involves a lot of injuries for the cells, which is AI-system dramatically reduces as it can "can calculate the strain within a cell and direct the robot to use minimal force to complete the cloning process," according to Liu Yaowei, who spoke to the publication.

"Our AI-powered system can calculate the strain within a cell and direct the robot to use minimal force to complete the cloning process, which reduces the cell damage caused by human hands," said Liu Yaowei.

The researchers behind the project are pushing for the new system to be used to create high-quality pig stock for the large population across the nation.

"Each step of the cloning process was automated, and no human operation was involved," said Yaowei.