North Korea tensions have spiked since the nation decided to fire several ballistic missiles prompting a response from South Korea and the United States. 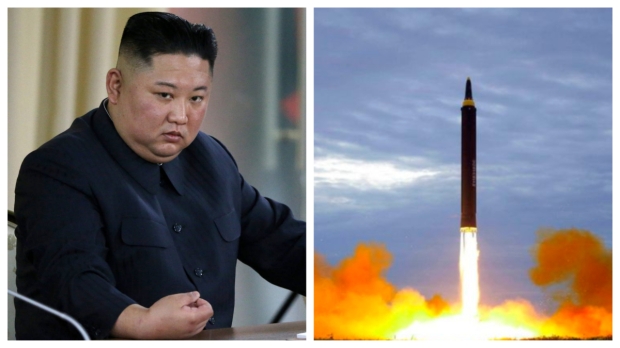 North Korea fired eight short-range ballistic missiles from its capital Pyongyang into the ocean off the coast of the Korean peninsula. According to South Korea's national security chief Kim Sung-han, a meeting will be held with the National Security Council to discuss North Korea's recent missile launch. Notably, the most recent launch is reportedly the largest single test North Korea has carried out and marks the nation's 17th missile test in 2022.

South Korean military responded to the show of force with its own launch, as South Korean Joint Chiefs of Staff (JCS) said allies fired eight short-range ballistic missiles into the East Sea on Monday, and according to JCS, the demonstration was to show "the capability and readiness to launch immediate precision strikes on the origins of provocations and their command and support forces".

"Our military strongly condemns the North's series of ballistic missile provocations and seriously urges it to immediately stop acts that raise military tensions on the peninsula and add to security concerns," added South Korean Joint Chiefs of Staff.