Some years ago, Elon Musk laid out his ambitious plan to get humans on Mars and eventually colonize the Red Planet.

To achieve this monumental task, Musk has poured millions of dollars into research and development of Starship, a rocket that is made up of two parts - the Super Heavy booster and the Starship spacecraft. The lower stage, or the booster, measures in at an astonishing height of 230 feet, and when paired with the Starship spacecraft, which is 164 feet tall, it creates the world's largest rocket at a ridiculous 394 feet.

The sheer size of Starship is hard to grasp, but Musk is determined to reach the goal SpaceX has set out to achieve. In response to a question asking Musk how he plans on getting large quantities of humans to the Red Planet, Musk said that he would construct 1,000+ Starships and essentially create a "very modern Noah's Ark/s". So, where are we currently in Musk's plan?

SpaceX is currently constructing multiple prototypes for the first-stage booster Super Heavy and the second stage, Starship, with the company now waiting for the Federal Aviation Administration (FAA) to finalize its environmental review of SpaceX's Texas site. Essentially, Musk is waiting for regulatory approval. 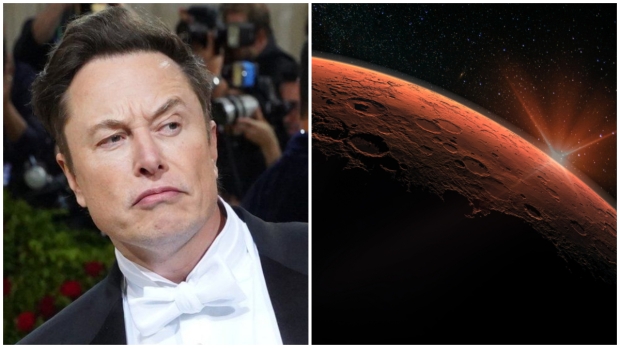