Many locals in the town of Broome, located in Western Australia, believed they were witnessing a meteor shower, but it turned out to be something else entirely. 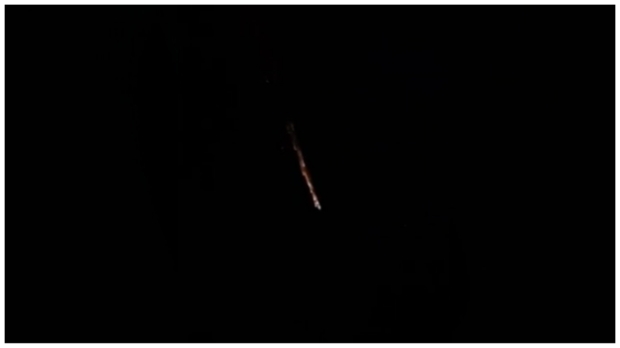 ABC confirmed reports from many residents throughout the town that during the early hours of Monday morning, several loud sonic booms were heard/felt at around 12:30 am on Monday. Viewers that rushed outside saw space debris breaking up and streaking across the night. Some people believed what they were seeing was missiles or flares, but according to Harvard astrophysicist Jonathan McDowell, who spoke to ABC, the light show that was seen by a few wasn't meteors, flares, or missiles, but a rocket.

The Harvard astrophysicist said that the rocket was a piece of a Chinese Long March 3 rocket that was launched in July last year. The rocket stage departed Earth's orbit and reentered the planet's atmosphere, where it eventually broke up and disintegrated in a fireball. "It [the rocket] launched a communications satellite called Tian Lian, which is actually a relay satellite that the Chinese astronauts on the Chinese space station use," said McDowell.

"The path showed that it goes east over the entry point right over Broome and across northern Australia, so both the direction is right, and the timing is right," said McDowell.