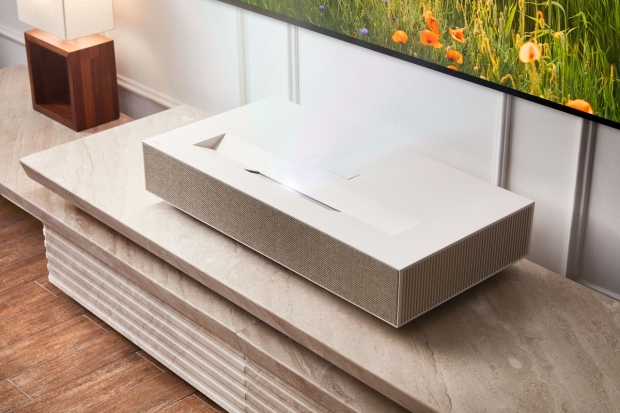 The new LG CineBeam HU915QE projector can project a large 120-inch screen from just 7 inches away, something its predecessor could do, but now it does it with a retina-busting 3700 ANSI lums of brightness. That's bright enough that you could enjoy a huge 120-inch screen, and still have your blinds up enjoying some sunlight.

LG says that it's using its "evolved, three-channel laser technology, which employs a separate light source for each primary (RGB) color, this new model is able to offer more vivid images even during the day compared to other conventional products with the single light source technology".

LG says its new CineBeam HU915QE projector is good for up to 2,000,000:1 contrast ratio, but we'll see about that in person. There's 4K HDR support with the project automatically adjusting its brightness depending on ambient light conditions -- the projector will use HDR dynamic tone mapping to change brightness on a frame-by-frame basis. 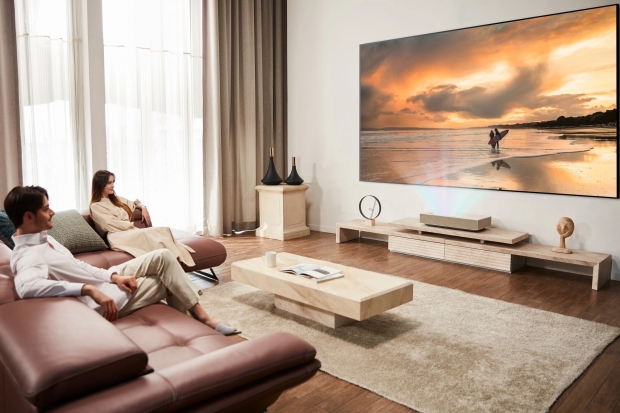 Inside, the company is tapping its in-house LG webOS that will let you stream Netflix, Amazon Prime, Disney+, YouTube, and Apple TV without needing to buy something like a Google Chromecast or Apple TV+ 4K or something.

It's available for pre-order on B&H Photo Video for around $6000, so expect to cough up some major Benjamins for the new LG CineBeam HU915QE projector.