GIGABYTE is using a novel cooling solution that dedicates a cooling chamber for the NVIDIA accelerators and GPUs used in the networking expansion slots... something that allows for the highest possible airflow to cool the high-performance components. 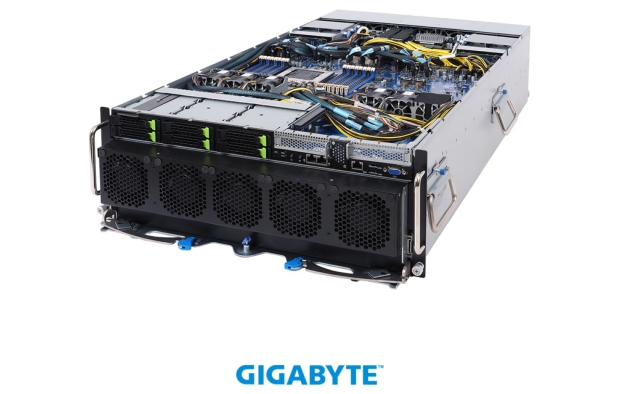 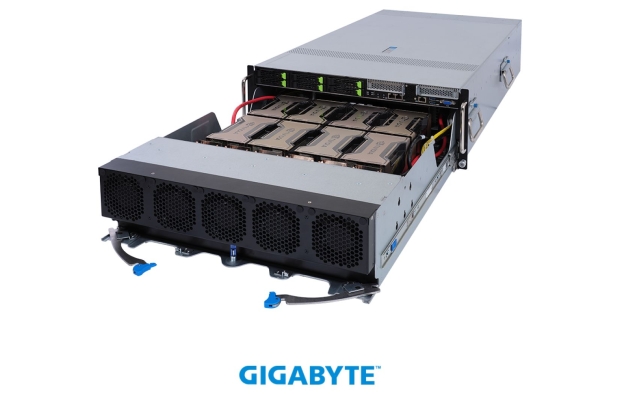 On top of the 3U GPU chamber is a 1U server that contains the CPU, memory, storage, and front-facing expansion slots. GIGABYTE credits the high-effieiency of Ampere's processors that unleashes the slim 1U server is "able to sustain peak performance, including populating all Gen4 U.2 NVMe drive bays and two additional expansion slots on the front of the chassis without compromises". 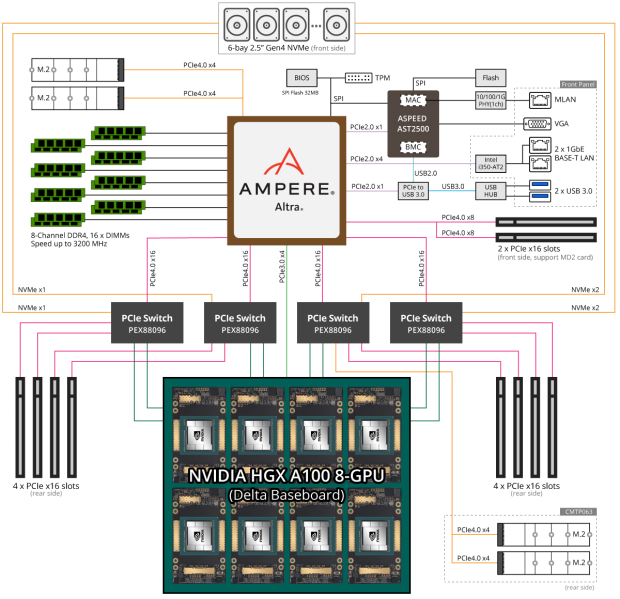 GIGABYTE chose the NVIDIA HGX A100 platform specifically for its G492-PD0, with the new NVIDIA Magnum IO GPUDirect technologies that offer even faster throughput while offloading workloads from the CPU to achieve "notable performance boosts". The company explains:

"The HGX platform supports NVIDIA GPUDirect RDMA for direct data exchange between GPUs and third-party devices such as NICs or storage adapters. And there is support for GPUDirect Storage for a direct data path to move data from storage to GPU memory while offloading the CPU, thus resulting in higher bandwidth and lower latency. For high-speed interconnects the four NVIDIA A100 server incorporates NVIDIA NVLink®, while the eight NVIDIA A100 server uses NVSwitch™ and NVLink to enable 600GB/s GPU peer-to-peer communication". 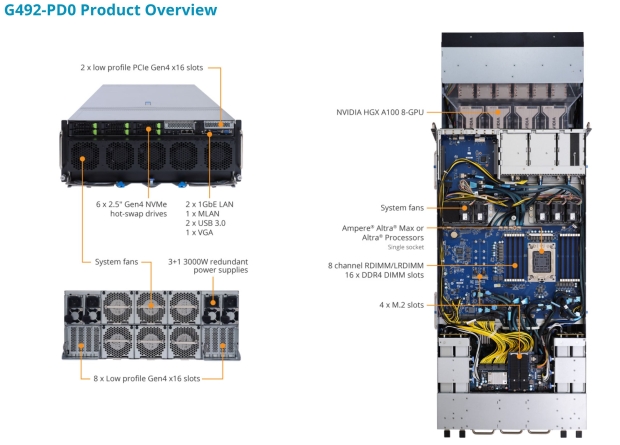 "GIGABYTE will continue to pursue the most prolific lineup of servers in the market for all enterprise workloads. Creating Arm based servers is nothing new to GIGABYTE as we have been developing solutions for almost a decade. And future platforms will be created based on market demand, including more liquid cooling solutions".