Western Digital CEO David Goeckeler said before the "What's Next Western Digital Event in San Francisco": Everything we do starts with the belief in human potential as it intersects digital innovation, and in turn, creates possibility. This possibility is fueled by a technology platform that the world's innovators are building on and enabling the best new experiences - intelligent devices, powered by the cloud, connected by high-performance networks. We have only scratched the surface on the value of data and the technologies that unlock it".

Gorakhpurwalla said: "The economics of storing a bit matter more now than ever. What's different now is the matter of scale. What used to be petabytes is now at zettabyte scale, and that changes everything. If you're dealing with a million, two million, or 10 million of anything, that's a huge multiplier".

"It's fewer CPUs, network switches, UPS devices, environmental conditioning, and so on. But more than that, with our roadmap of innovation the returns on these increases are immediate. There's no waiting three years for these improvements to pay off".

"As you go into the cloud space, many customers are large enough in scale and sophisticated enough in capability that they are not necessarily asking for commoditization, but they have the volume to support specialization. That unique capability they're asking for is the exact opposite of commoditization. It means we are engineering and innovating in partnership with our customers in a way that is specific to their needs".

Rob Soderbery, EVP and GM of the Flash Business Unit at Western Digital added: "One of the unique things we bring to the relationship in that hyperscale value proposition is the way we partner. What does being a strategic partner mean? It means things like a long-term roadmap interlock. We routinely plan two to three years out with these customers. There's a long-term reputational trust and reliability that we have with our hyperscale customers. On balance they like our propositional offer and the way we conduct business". 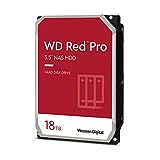